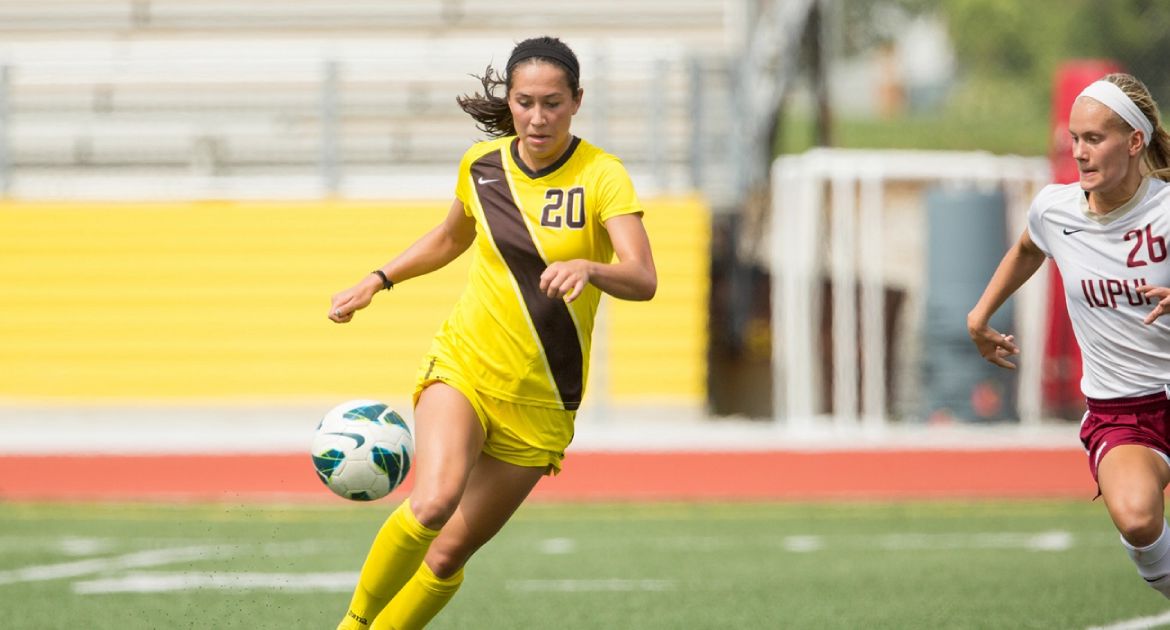 The Valparaiso women’s soccer team closed out its first weekend of regular season play on Sunday at Evanston Township H.S., as the Crusaders dropped a 2-0 decision to Northwestern.

Valpo totaled six shot attempts on Sunday, but couldn’t put any past Northwestern (2-0-0) goalkeeper Lauren Clem. The Crusaders' best chance at goal came mere minutes into the second half after a scoreless opening 45, as sophomore Grace Rogers (Woodbury, Minn./Woodbury) got down the flank and crossed the ball into the box for junior April Cronin (Glenview, Ill./Glenbrook South). Cronin got her head to the ball, but her effort ricocheted off the post and out.

The Wildcats’ Nandi Mehta scored what proved to be the match-winner unassisted in the 51st minute, and Northwestern received an insurance goal from Maria Fayeulle in the 88th minute. Crusader goalkeeper Drew Moulton (Sycamore, Ill./Sycamore) made three saves in the losing effort.

"I think it was a very positive step forward for us from Friday," said Crusader head coach John Marovich. "I thought we were able to possess the ball better - we had good chunks of time we kept possession well. Especially in the middle to the end of the first half, we possessed and were dangerous, and got the ball in front of goal. We just didn't put anything away to put more pressure on Northwestern. Overall though, we're pleased with the progress we made as a group this weekend against two really good opponents, and we're looking forward to continuing to make positive strides."

Valparaiso (0-2-0) looks for its first win of the year this coming Friday afternoon, as the Crusaders play at Miami (Ohio). Kickoff is slated for 3 p.m. CT.