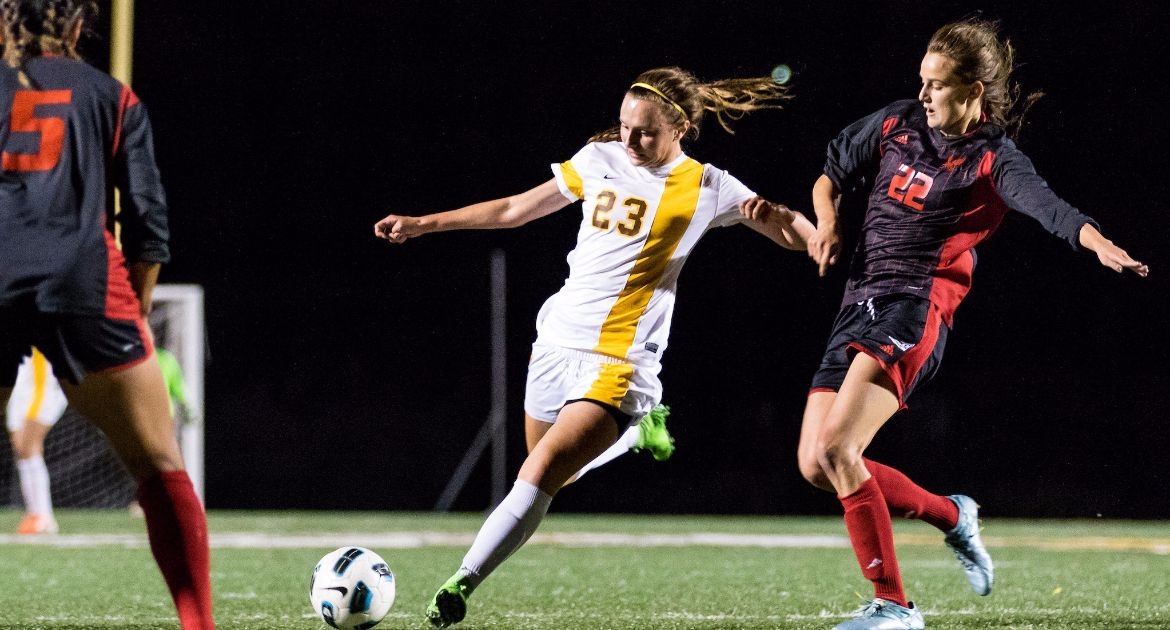 Morgan Manzke and the Crusaders fell on Sunday.
Valparaiso at Bowling Green | August 21, 2016

The Valparaiso University women’s soccer team concluded a brief two-match road trip to kick off the 2016 season Sunday afternoon, falling at Bowling Green 1-0 as the Falcons scored in the 82nd minute.

“The way the game started, it gave us an opportunity to look at a few things in a different shape. These games, at this time of year, provide us with situations that will help us mold and shape this young squad.”

“I was pleased with the energy and the way our squad competed in the second half. We found our rhythm and ability to keep pressure with our shape and defensive intensity. Although the attacking third has been a challenge this weekend, it is providing us with valuable lessons to the type of attacking patterns which will work for our group of players.”

“I felt that Kelsey Jahn was a warrior for us today. She played the full 90 minutes and rose to the challenge in the holding midfield role for us.”

The Crusaders (0-2-0) return home for the first time in the regular season Friday evening, as they get set to host New Mexico State at 7:30 p.m. The game can be seen live on ESPN3, WatchESPN and the ESPN app, with live stats also available via ValpoAthletics.com.