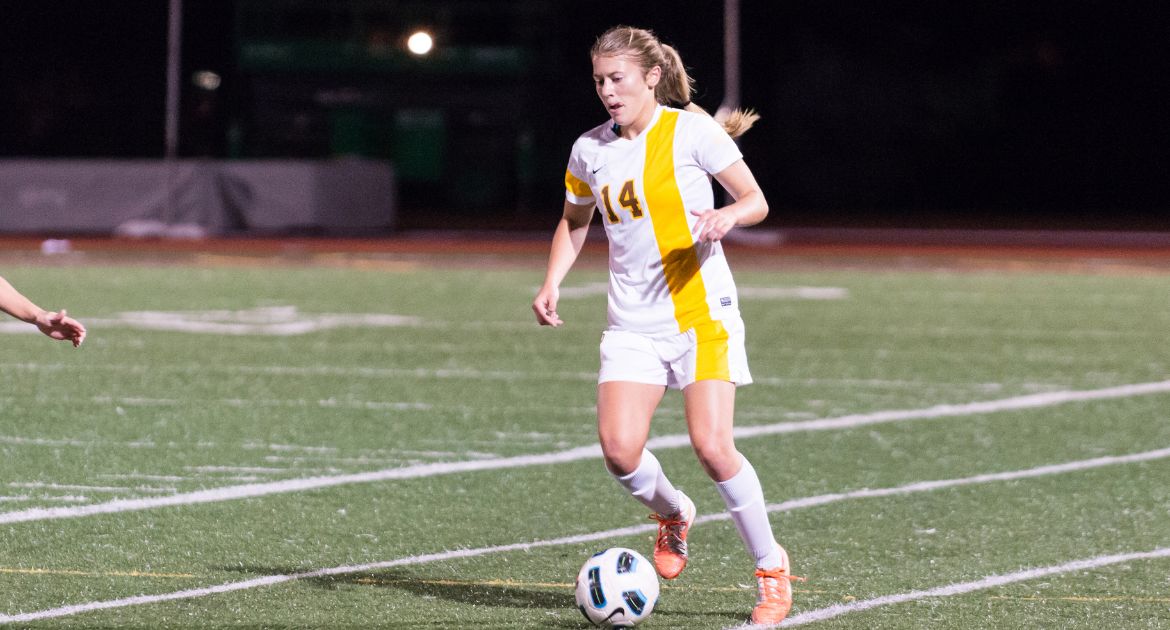 Sydney Gountounas and the Crusaders fell by a single goal Sunday to Kansas.
Valparaiso at Kansas | September 04, 2016

A 65th minute goal from freshman Adi Johnson (Rockford, Ill./Rockford Christian) cut a two-goal deficit in half for the Valparaiso University women’s soccer team Sunday morning, but the Crusaders could not find the equalizer, as Kansas came away with a 2-1 victory in both teams’ finale from Lincoln, Neb.

“It was a tough result today, because at times we had some really good work. We improved in our patience with possession when releasing pressure. I liked how we fought to get a goal back and gave ourselves some chances with corners and set pieces in the last 15 minutes. These games provided the challenges which we need to improve our performance.”

“The goals we conceded today were preventable, but those moments at this speed of play require a quicker decision. It caught us today, but these games will prepare our team for the upcoming league season.”

“It was great to see two young players in Ali Quillen and Adi Johnson have solid performances today. It was fitting that Adi got a goal today, as she really held our shape and was a presence in the middle of the park. These experiences are so valuable to their individual development and our team growth.”

The Crusaders (2-4-0) return home next Friday night, hosting IPFW at Brown Field at 7:30 p.m. Live stats will be available via ValpoAthletics.com.