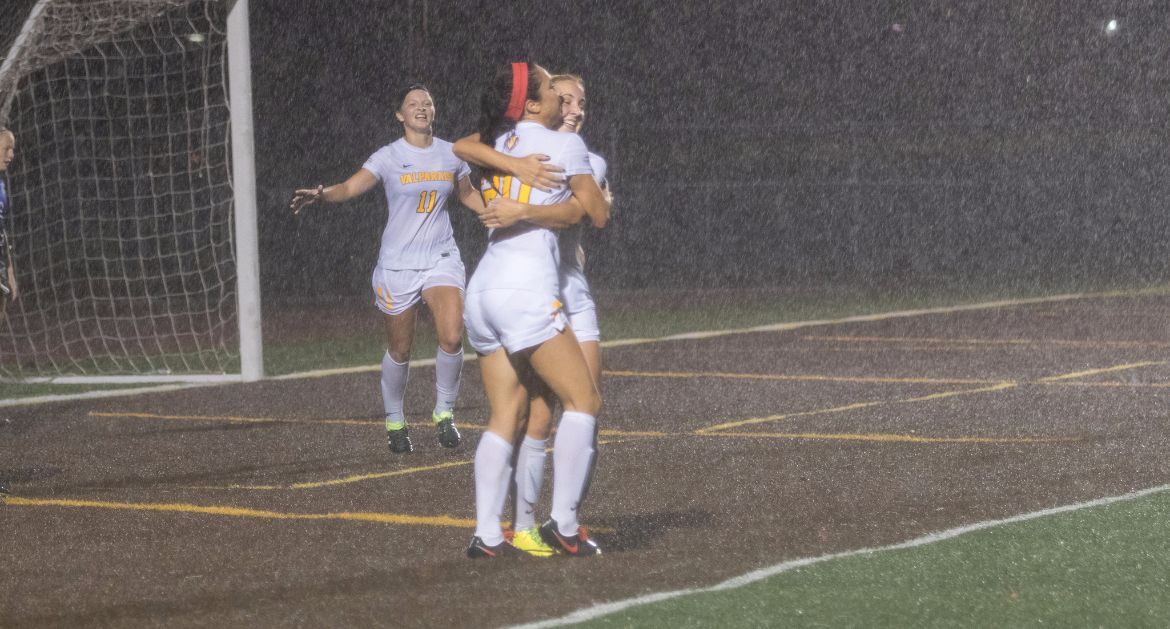 The Valparaiso University women’s soccer team defeated the Fort Wayne Mastodons, 2-0, in a rain-filled evening on Brown Field Friday night. Valpo scored twice in the first half and limited the visitors to only six shots on the contest, all occurring in the second half.

“I thought the first 45 minutes were good – we found our shape in the attack and the ability to win the second ball, open up the game and keep possession.”

“The central midfield players did a good job moving the ball around and driving on defenders and slipping into the seam, which gave April a good look and she was able to finish it off for the opening goal.”

“The back five had a really nice night, keeping a clean sheet. It was especially nice to see tonight where things can get a little hectic due to the weather and we kept our composure. I was really impressed with how we played tonight and the fact we didn’t let the weather affect us at all. Up and down the roster, our attitude was really great this evening.”

Valpo (3-4-0) travels to Kalamazoo, Mich. this Sunday to take on Western Michigan at noon CT.