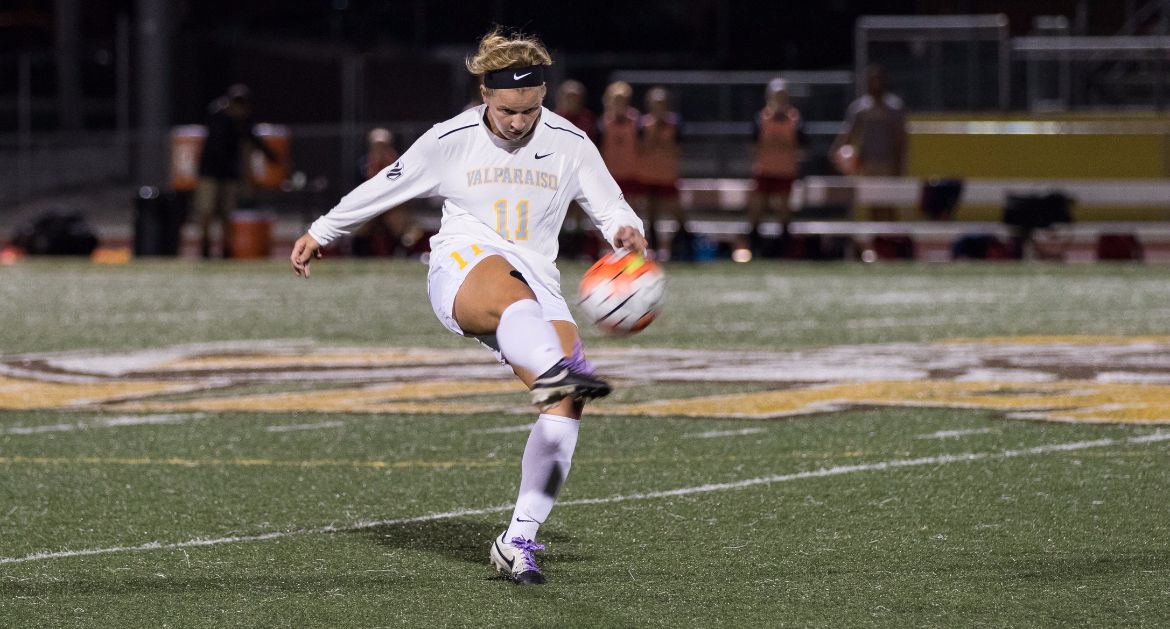 The Valparaiso University women’s soccer team found a dramatic equalizer in the 88th minute Saturday night at Brown Field against Detroit Mercy to force extra time, but the Titans converted a penalty kick just seconds into the extra period to send the Crusaders to a 2-1 defeat.

“It’s always great to see how players respond to adversity. Tonight, we battled back, never gave in and in doing so were able to find ourselves the late equalizer. It shows a lot of courage to continue to fight and find yourself that chance you need to level the game.”

“I think we handled the first 22 minutes of the game quite well. We were able to move the ball and create dangerous situations. In those moments, we need to find way to get a goal so that we can play from ahead instead of eventually having to come from behind.”

“Tonight’s a perfect example of the nature of competition in the Horizon League. You battle, you fight, you claw, you do whatever you can to pick up points. We did that to tie the game, and unfortunately in the end, we give away the penalty and drop points. Now we have to pick it up and look forward to Wednesday – another opportunity to earn points in league play.”

The Crusaders (5-6-0, 1-1-0 Horizon) close out the current homestand Wednesday evening at home at Brown Field versus Milwaukee. Kickoff is slated for 7:30 p.m., and the game will be broadcast live on ESPN3, WatchESPN and the ESPN app. Links for live coverage will be available via ValpoAthletics.com.