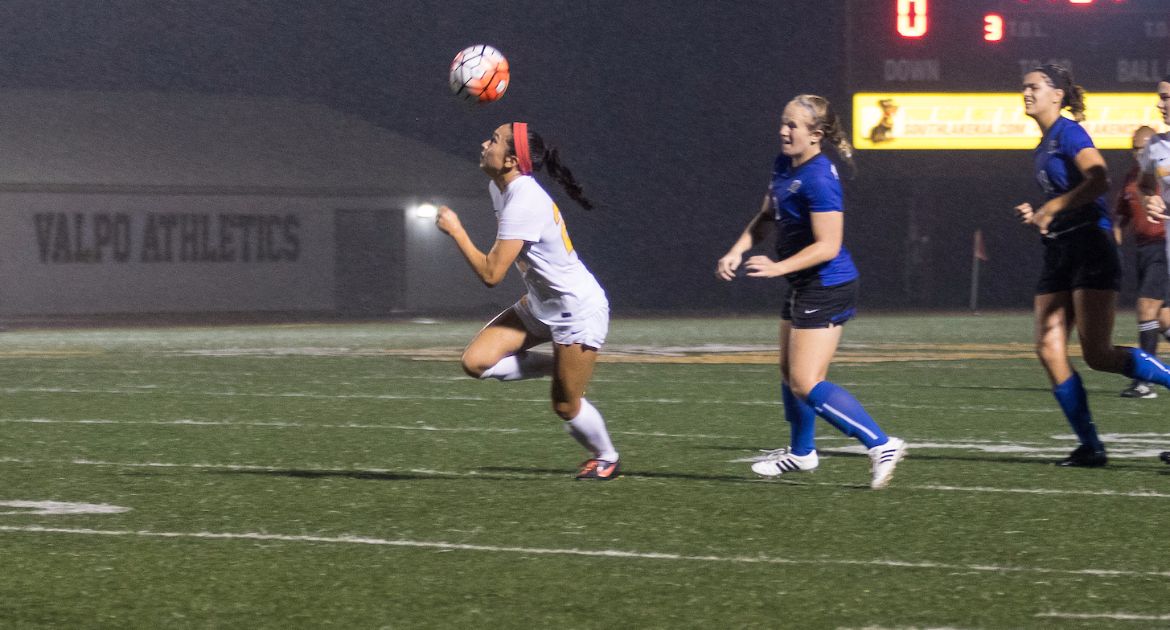 Senior April Cronin (Glenview, Ill./Glenbrook South) evened up the Valparaiso University women’s soccer team’s match at Wright State Saturday evening less than two minutes into the second half, but the Raiders scored with less than 15 minutes to play to claim a 2-1 win in a matchup of the league’s top two teams in the standings.

“The result is tough tonight, because we did a lot of real positive things. Unfortunately, Wright State did a few more than us to earn the result.”

“Our group did a great job of responding to the Wright State goal. We came right out of the break and got it back with some quality off our movement, creating an opportunity for April.”

“It’s great to see April back on the scoresheet, and we had several players who put in quality performances tonight – performances which should lead to continued improvement down the stretch in league action. We need to stay focused on getting as many points possible out of each match, which is what makes the Horizon League so exciting.”