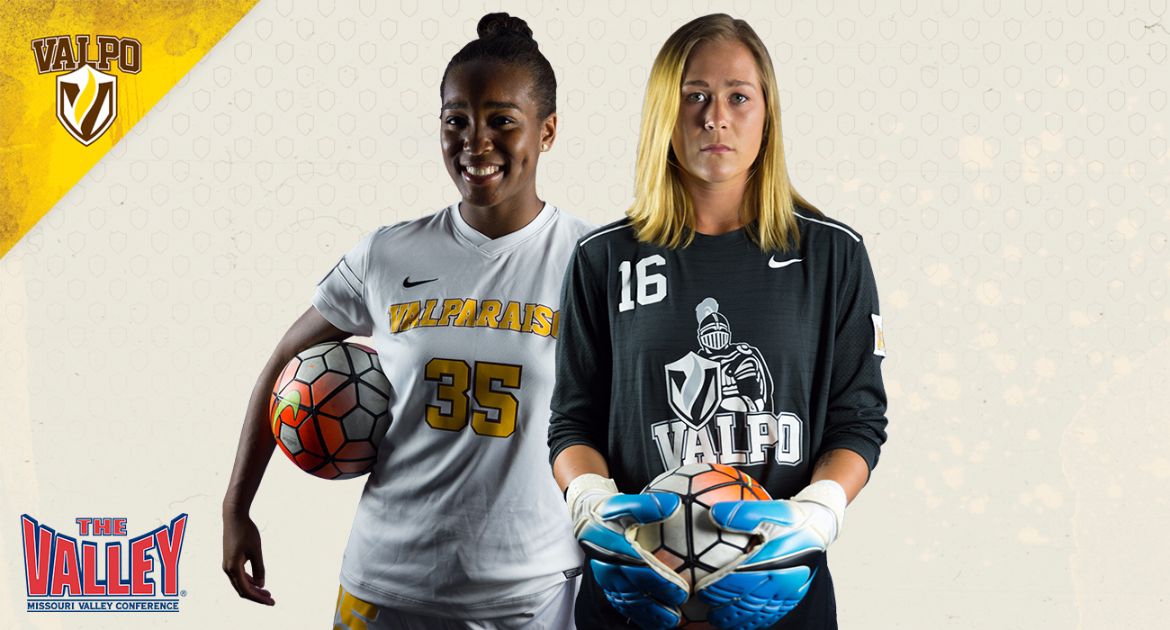 The only team in the Missouri Valley Conference to go 2-0-0 on the opening weekend of the 2017 season, the Valparaiso University women’s soccer team claimed a clean sweep of the conference’s weekly awards on Tuesday. Junior Sydney Griffin (Hinsdale, Ill./Hinsdale Central [New Hampshire]) was tabbed The Valley’s Offensive Player of the Week and Newcomer of the Week, while junior Drew Moulton (Sycamore, Ill./Sycamore) earned Defensive Player of the Week accolades.

Griffin made an immediate impact on the Crusaders’ offense in her first two games in a Valpo uniform, chipping in on three of the team’s five goals over the two wins. She picked up the assist on the match-winning goal in the season opener against Grace and added an insurance goal in the 66th minute. Then, on Sunday versus IUPUI, Griffin found the back of the net for the eventual match-winner in the 28th minute. Griffin tallied five points over the two matches, one more than the four she totaled in her first two collegiate seasons at New Hampshire.

Meanwhile, Moulton posted a pair of clean sheets in goal as the Crusaders shut out both opponents in the opening weekend of play. Moulton needed to make just two saves in the season-opening win over Grace, and then came up with five stops in Sunday's victory over IUPUI - the second-highest effort of her career. The two shutouts were the second and third of Moulton's career.

This marks the first time since Sept. 6, 2005 that the Crusaders have earned multiple Player of the Week honorees in the same week from a conference office. Griffin, Moulton and the rest of the Crusaders return to action Friday against FGCU from Boca Raton, Fla.