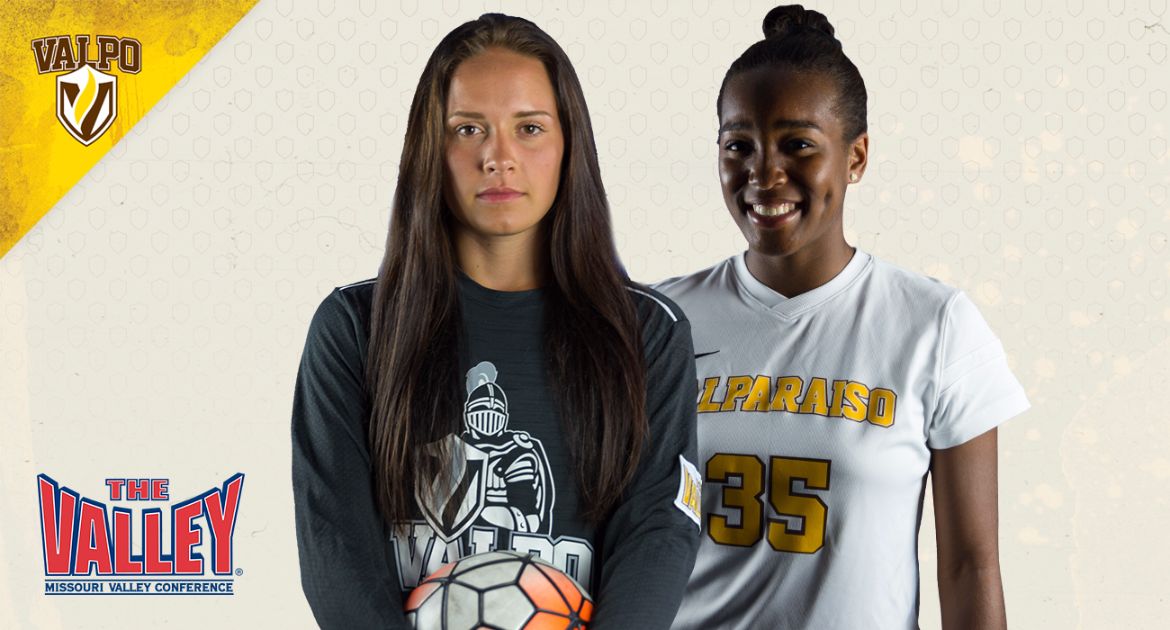 Griffin continued her hot start to the 2017 campaign for the Crusaders last weekend, netting goals in both matches to give her four goals in her first six matches in a Valpo uniform. The junior opened the scoring in the Crusaders’ win Friday night over Eastern Illinois with a goal in the 13th minute. Then, on Sunday, Griffin’s header in the 41st minute found the back of the net for the lone goal in a 1-0 Valpo victory over Belmont. Griffin’s game-winner against the Bruins was her second match-winning goal of the season. Griffin has now claimed two Offensive Player of the Week and one Newcomer of the Week honors from the conference office this season.

Meanwhile, Gesell was a stalwart in goal for the Crusaders on Sunday in their 1-0 win over Belmont. Facing a Bruins squad which had scored 11 goals over the season’s first three games, Gesell let nothing get past her, stopping nine shots – including some highlight-reel saves – to secure the victory and earn her first career clean sheet. Gesell’s nine saves were the most by a Valpo goalkeeper in a shutout since October of 2012.