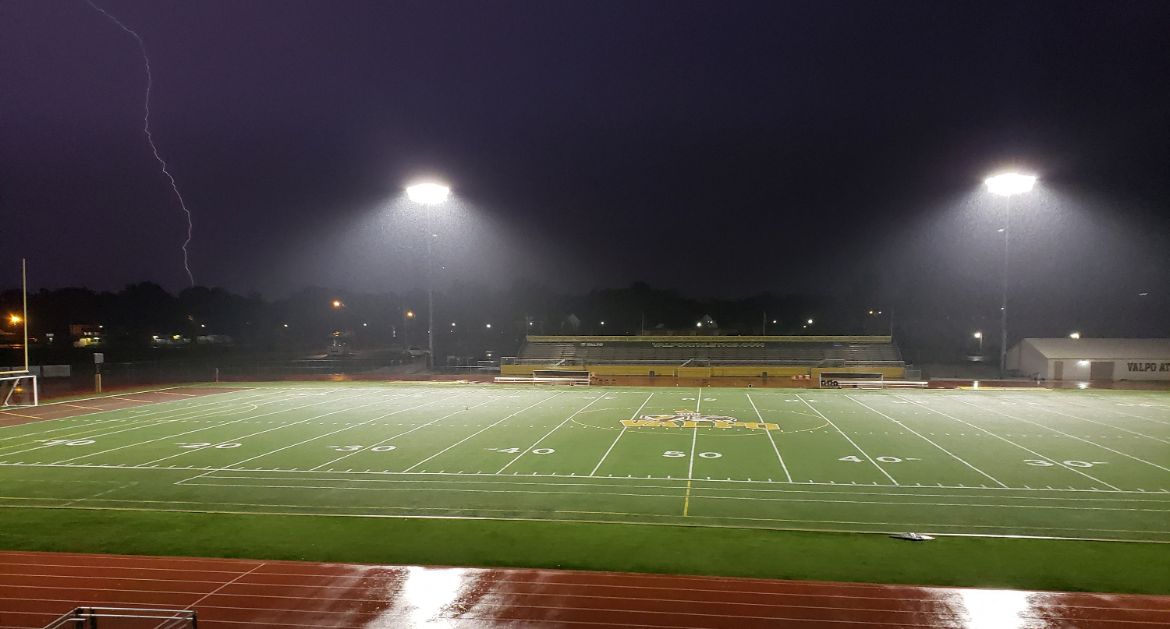 August literally went out with a bang Friday night at Brown Field, as thunderstorms moving through the area forced the cancellation of the Valpo-Bowling Green women’s soccer match. The match will not be made up.

The game originally entered a lightning delay just 2:29 into the match, a delay which lasted nearly two hours. Then, at 10:06 p.m. with 6:39 to play in the half, another bolt of lightning led to the teams being taken off the field for a second time and the game called.

Valpo returns to the pitch Sunday afternoon as it hosts Robert Morris (Pa.) at Brown Field at 1 p.m. The match will serve as Senior Day, with the program’s nine seniors being honored in pregame ceremonies.