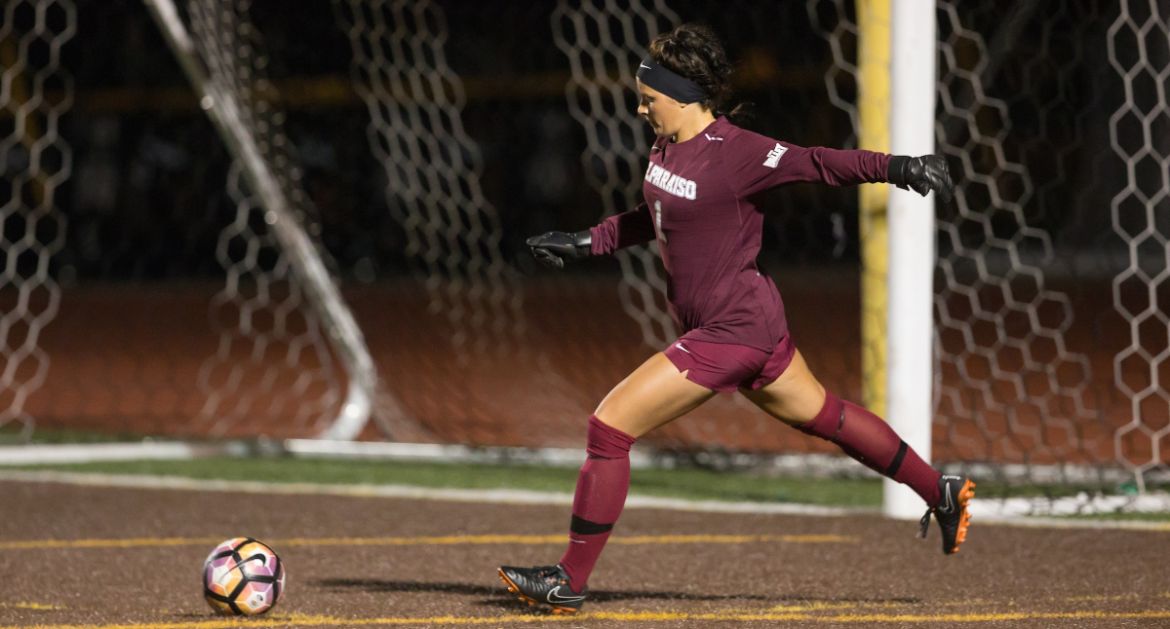 A late first-half penalty kick proved to be the difference on Sunday evening, as the Valparaiso University women’s soccer team dropped a 1-0 decision at Belmont.

“I’m really happy with our resolve tonight – we never let the adversity of the PK affect our performance. That was a major improvement from Friday night, and it showed with how we developed a really good rhythm in our possession.”

“The takeaway from this weekend is, when we keep possession and find pockets of space, it yields scoring opportunities.  The challenge tonight, as well as Friday, was we didn’t put away the ball. So, we never put the other team under the stress of being behind.”

“It is a difficult mental challenge when you have to chase the game, as we did this weekend, after having moments when you could have taken the lead. These experiences and challenges are building our strength to persevere, which will continue to make us battle-tested as we prepare for Valley matches.”

Valpo (2-4-1) faces its final test before the start of MVC play next Sunday afternoon as it travels to Indianapolis to face IUPUI. Kickoff is slated for noon CT.