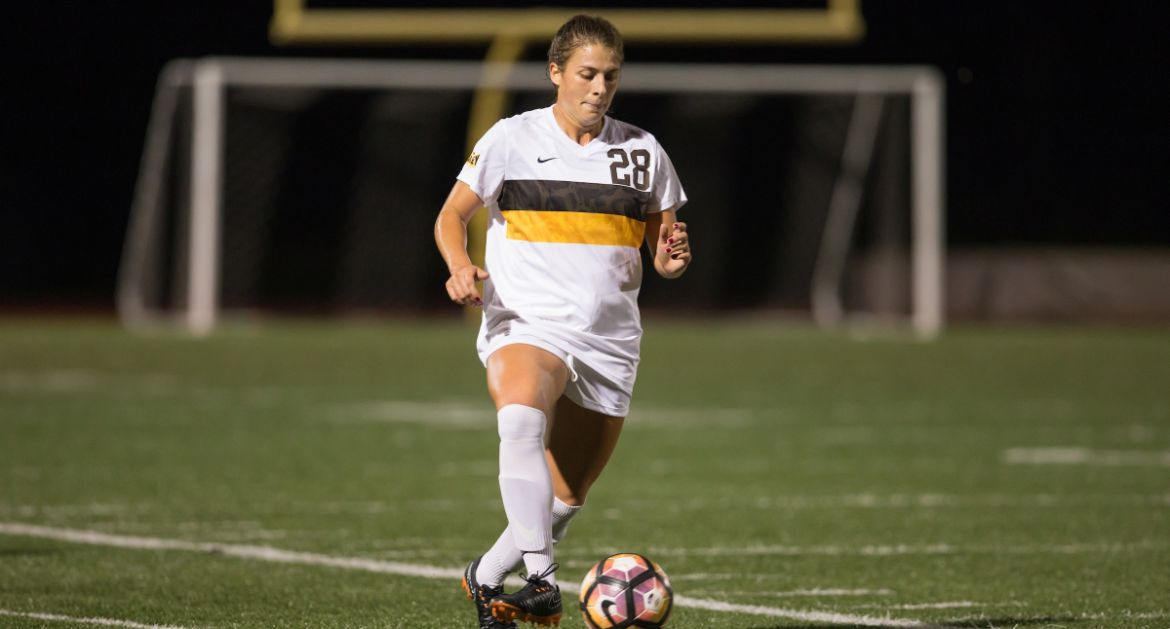 Natalia Kontul recorded assists on both of Valpo's goals on Sunday.
Valparaiso at IUPUI | September 16, 2018

For the second time this season, senior Ava Porlier (Downers Grove, Ill./South) struck for a match-winning goal with less than 10 minutes to play, this time heading home a corner kick from senior Natalia Kontul (Solon, Ohio/Solon) in the 87th minute to give the Valparaiso University women’s soccer team a 2-1 victory Sunday afternoon at IUPUI.

"Our group had a solid mentality in our defensive pressure and intensity. We used this to generate our attack today, and it paid off, as we had some really outstanding pressure in the final third."

"Natalia did an outstanding job for us today. Not only did she provide assists on both goals, but she was very disciplined defensively for 90 minutes as well."

"We had several players really step up and accomplish tasks today that they have been working on all season. I'm really happy for them and for the team to get rewarded for their mindset today."