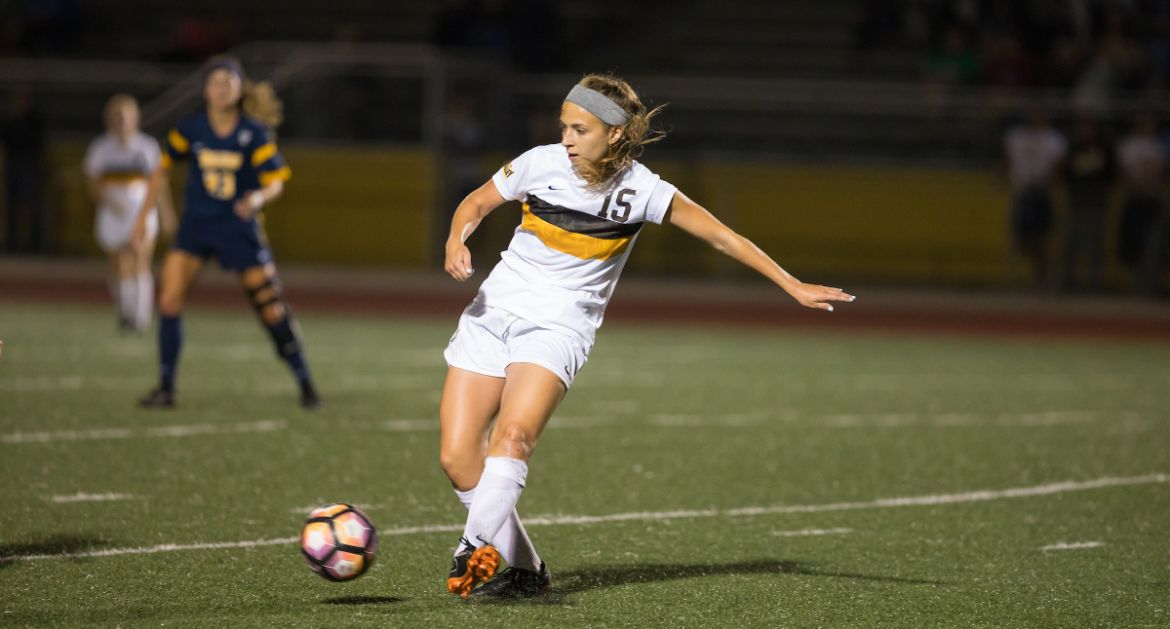 The Valparaiso University women’s soccer team put on a show for its home fans in the season finale Thursday afternoon at Brown Field, as Valpo struck for four goals in the final 16 minutes to close out a 5-1 victory in MVC play over Indiana State. Fittingly, all five of Valpo’s goals came from seniors on Thursday.

"I think what I'm most proud of tonight is that it was a team culture win. It started on the bench, where those players brought energy, and that spilled over into the game."

"This year, we've had to be resilient, as we've dealt with a myriad of challenges and injuries and all kinds of near-misses and overtime losses - things that put you in a situation where even a win in tonight's match won't be enough to put you into the conference tournament. But it's a testament to our players and our culture that we came out with the same energy and attitude we have all year - we treated this match as bit as important as any other match we've played this year, and it showed tonight."

"It was great to see four of our seniors combine for our five goals tonight - the result is a great way for the entire class to finish their careers here, protecting Brown Field and coming out with a win. It seems fitting that Cory finishes with another game-winning goal to extend her record in that category. For Kelsey to get her goal was fantastic, and it was great to see Syd get her first of the year after a lot of close calls. I'm probably most happy for Eva - she is a great culture kid and has worked so hard throughout her career, and I couldn't be prouder of her tonight. On the other end, Drew made a couple big saves as well in goal. I'm just super proud of our entire senior class tonight."

"All season long, I've been proud of this team, how they've responded to adversity and lived our culture. They brought the right attitude and energy to all the different situations we faced. I truly believe that this season, with all its ups and downs, could be the foundational process we had to go through for future successes."