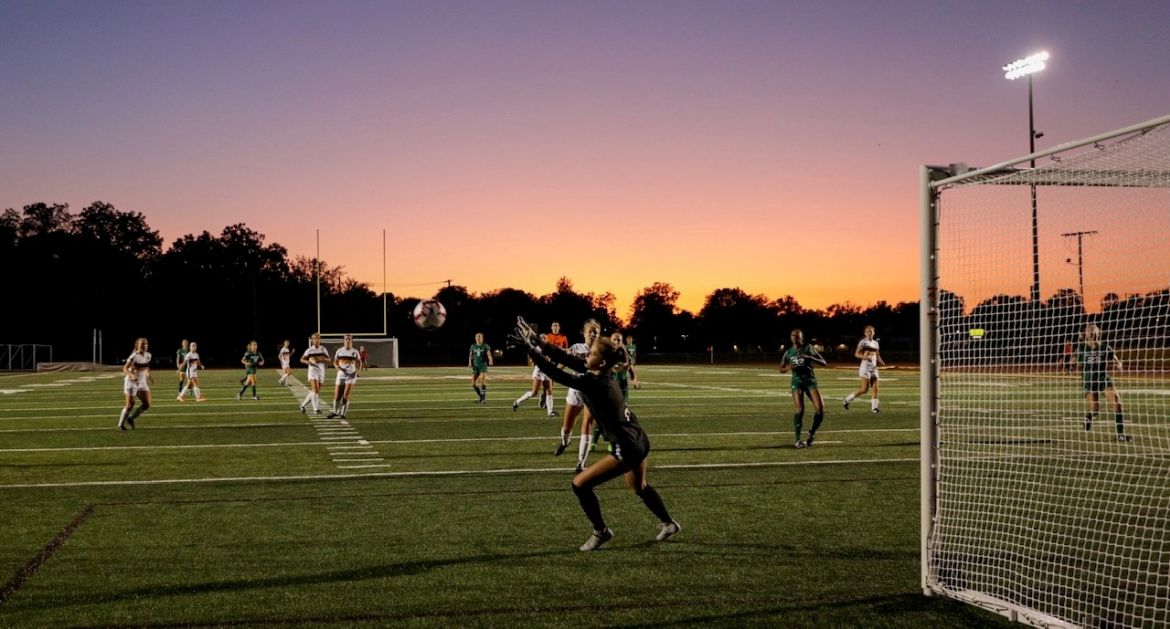 The Valparaiso University women’s soccer team kicked off the 2019 season in front of a strong hometown contingent Friday evening at Brown Field, but a 49th-minute goal was enough for visiting Green Bay to claim the 1-0 victory.

“Obviously, we're disappointed in the result, but I thought we came out and responded well in the second half and played much better. We were facing a system that we don't see very often from our opponent, using a deep sweeper, and I think in the first half, we got away from what we do. In the second half, we adjusted our system and our players adjusted very well. Unfortunately, we give away a somewhat soft goal early on in the half and just weren't able to get it back.”

“I thought Morgen (Metzger) did a nice job for us tonight, shifting into the back line and playing back there. Georgia made a couple really nice saves in her first game. It was great to be able to get Tahleah (Noel) and Kiera (Pratt) back into the game for us as well for the first time in a couple years.”

“In general, we're a young team right now that is still learning our way, learning who we are and what we can become. For a while, we're going to be learning game-by-game what players are going to be capable of in different situations. I feel like each game, we've taken strides forward - from our first exhibition through tonight.”

Valpo (0-1-0) closes out opening weekend at home on Brown Field Sunday afternoon as it welcomes Oakland to town. Kickoff is slated for 1 p.m., and the match can be seen live on ESPN3.