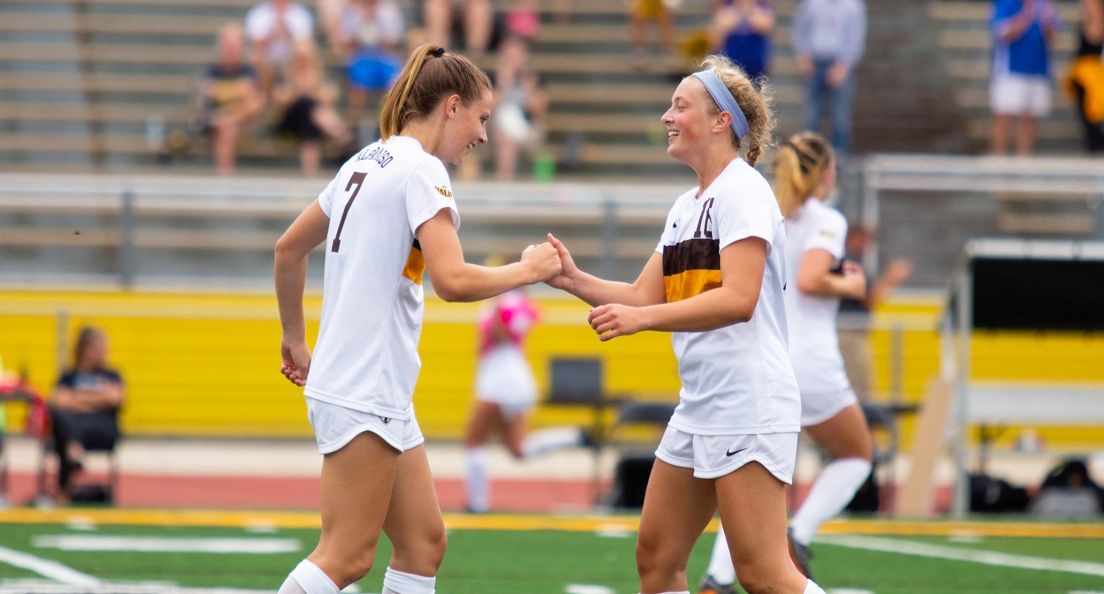 An entertaining 110 minutes of soccer at Brown Field Sunday afternoon resulted in a tie, as Valpo battled with former Horizon League foe Wright State to a 2-2 draw in non-conference action. A pair of Valpo freshmen scored their first career goals in the fixture.

“Our group has battled all year, and today is the day they took a step towards understanding the culture and tradition of our program with the level of their fight. I think we’re learning how our team is going to be successful. It was thoroughly enjoyable to coach this group today.”

“We still have some areas to grow in and develop to make sure we come out of games like today with the full result. But we scored two goals, one of them on a great set piece, and got two freshmen their first career goals.”

“I think the spirit and grit of our group really showed through today. We have to now continue to build off of this as we did the last three games, as we continue to approach MVC play.”

Valpo (0-3-1) will play its next three matches away from home, starting with a swing through western New York next weekend. The two-match trip opens at St. Bonaventure Friday night at 6 p.m. CT.