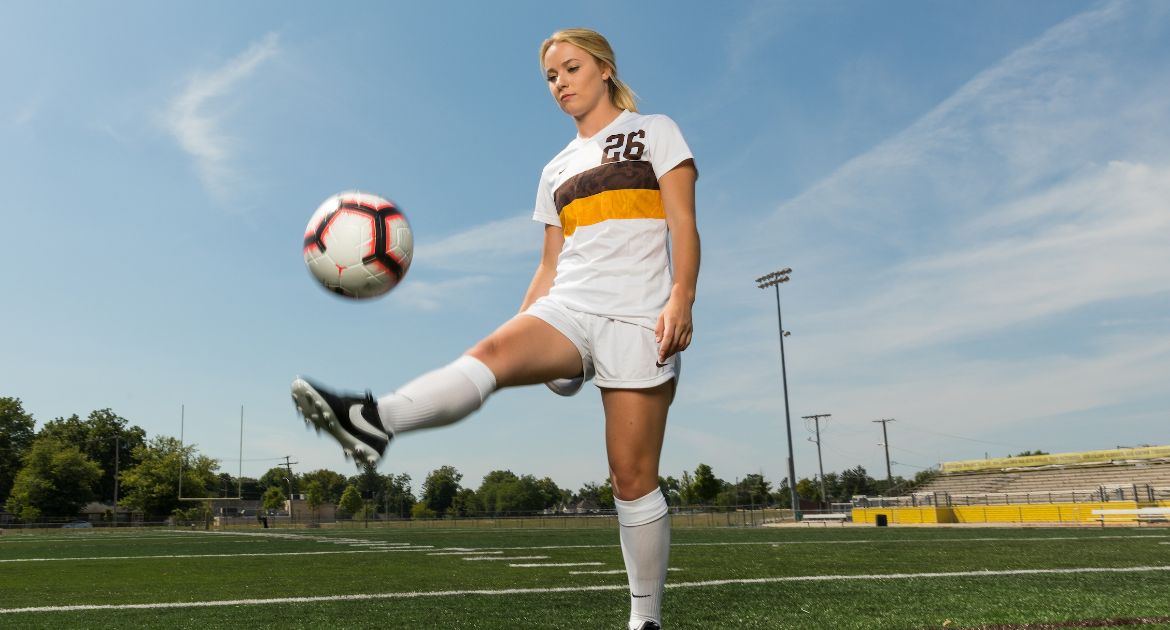 This Week in Valpo Soccer: The Valpo women’s soccer team starts a stretch of three consecutive matches away from home this weekend with a road trip to western New York, taking on St. Bonaventure Friday night before facing Canisius Sunday afternoon.

Previously: Valpo fell 2-0 at Bowling Green last Friday before returning home last Sunday afternoon with a 2-2 draw against Wright State. Nicole Norfolk and Kiley Dugan scored their first career goals in the tie against the Raiders.

Looking Ahead: Valpo concludes its stretch away from home Friday, Sept. 13 at Purdue Fort Wayne. The Brown and Gold then return home for Senior Day Sunday, Sept. 15 against IUPUI.

Head Coach John Marovich: In his 12th season at the helm of the Brown and Gold, John Marovich holds a 96-83-31 (.531) record both overall and at Valpo as a head coach. The 2014 Horizon League Coach of the Year, Marovich holds Valpo’s all-time records for both victories and winning percentage.

Series Notes: This weekend marks the first meeting in program history with both St. Bonaventure and Canisius.

The matchup with Canisius will be Valpo’s first-ever against a current MAAC program.

Scouting the Opposition: St. Bonaventure - The Bonnies enter Friday’s match at 2-2-0 on the year, most recently losing 3-1 at Iona, after recording a 2-13-4 record last season. Bella May has scored two of the Bonnies’ five goals this year, while Lauren Malcolm has played every minute in goal and owns a 1.50 GAA.

Canisius - The Griffs enter Sunday’s contest at 1-2-0 overall this year, dropping their most recent match at Robert Morris on Monday, 3-1. Alana Rossi has made 21 saves in goal over Canisius’s first three matches.

Freshmen Finding the Net: Both of Valpo’s goals in the draw with Wright State were scored by rookies. Freshman Nicole Norfolk headed home a corner kick in the first half, with the assist on her goal coming from fellow freshman Natalie Graf. Then, in the second half, freshman Kiley Dugan drilled a 30-yard bomb for Valpo’s second goal.

Making Debuts: Three more Valpo players saw their first action for the Brown and Gold last weekend. Redshirt freshman Kerry Slaga and freshman Cierra Welch both made their Crusader debuts off the bench Friday night at Bowling Green, while redshirt freshman Alexis Gaffney came on for her debut Sunday afternoon.

A Good Omen?: The draw against Wright State was Valpo’s first result of the season, but still leaves the Brown and Gold winless in their first four. The only other time under head coach John Marovich that Valpo failed to win one of its first four matches, the 2014 squad proceeded to reel off wins in 14 of the next 15 matches and capture Horizon League regular season and tournament titles.

As Young As It Gets: Valpo featured five true freshmen in its season-opening starting XI: goalkeeper Georgia Henkel, defender Nicole Norfolk, midfielder Natalie Graf, and forwards Kiley Dugan and Madison Tuma. Five freshmen starters marked the most for a Valpo women’s soccer team in a season opener since at least 1998. Henkel’s start in goal was the first by a freshman goalkeeper in a season opener since 2015. Then, most recently on Sunday against Wright State, Valpo fielded eight underclassmen out of 10 starters in the field, including first-time starters Kiera Pratt and Cierra Welch.

Iron Woman: Center backs Nicole Norfolk and Ali Quillen have played all 380 minutes through the season’s first four matches, but for the latter, that’s nothing new. Quillen has now gone the distance 54 times in 58 career starts. Quillen’s consecutive minutes played streak is now up to 2,525 minutes, dating back to Sept. 28, 2017.

Quillen compares favorably to a pair of Valpo defenders with similar durability and reliability over the past decade. Janine Lytle (2009-12) went the distance in 73 of 77 career matches and sat on the bench for just 31 minutes total over her four years, playing a total of 7,204 minutes. Lytle’s longest stretch of consecutive minutes played spanned her freshman and sophomore years and reached 2,690 minutes.

Quillen still has a ways to go to catch the consecutive minutes played mark of Tracy Roos (2008-11). Roos, who went the distance in 69 of 77 career matches, had a stretch of 3,413 coneutive minutes played which spanned from her sophomore year through her senior year.