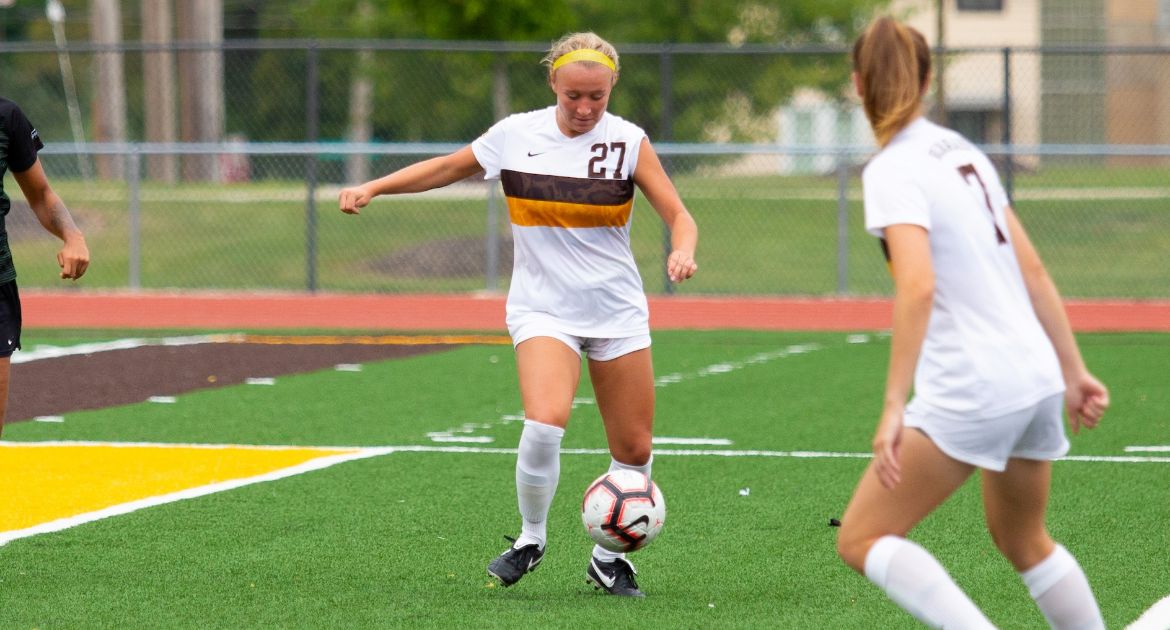 Morgen Metzger played all 90 minutes in the back Friday.
Valparaiso at St. Bonaventure | September 06, 2019

The Valpo women’s soccer team opened up a three-match road swing Friday evening in St. Bonaventure, but the Brown and Gold fell by a 1-0 final on a sixth-minute goal by the Bonnies.

“We battled hard again tonight, which is exactly how this group is growing. The early goal forced us to chase the game, but I like how our team responded.”

“We are finding out new things everyday with this very young squad, and they have been outstanding in keeping the right mindset going into each match. We are taking steps forward every day – some days, small steps; other days, bigger steps.”

Valpo (0-4-1) plays its second of two matches in western New York Sunday afternoon as it takes on Canisius at 3 p.m. CT. The match can be seen live on ESPN+.