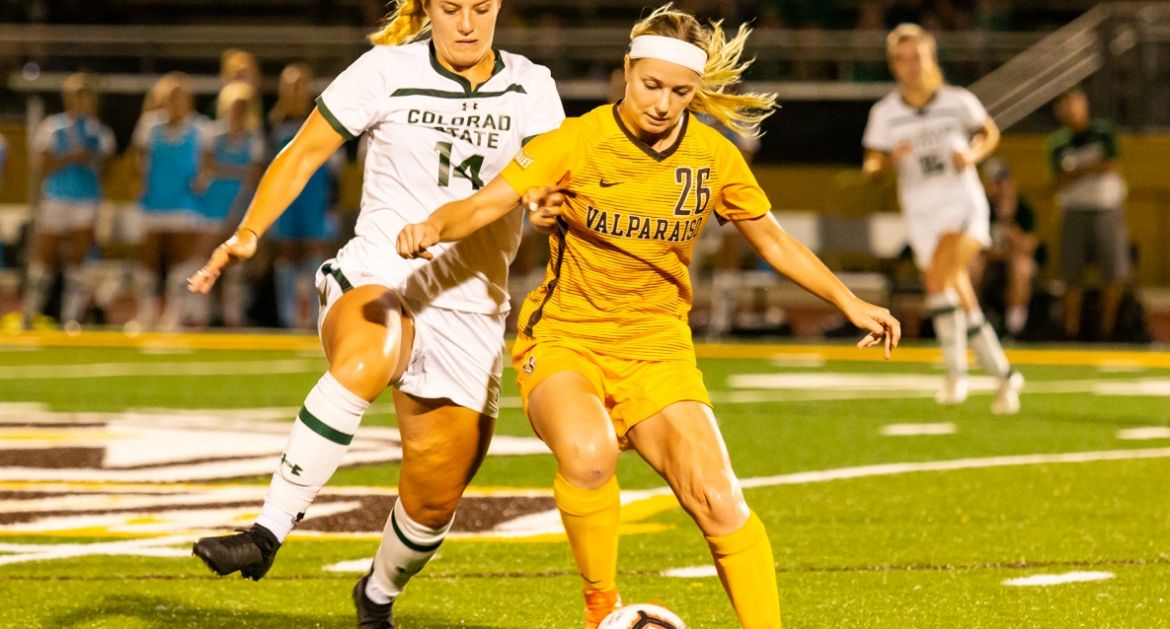 “I was really happy with our group in the first 20 minutes of the game. We picked the right times to press, found ways to play out of that, and had several potential scoring opportunities that came across the top of the box. We’re there, getting chances, but just not connecting the final pass.”

“Unfortunately, right now, we’re not punishing our opponents for their mistakes, while our opponents are punishing us for ours. We’re a young group, but we have to respond better when those negative things happen.”

“It’s all about the mindset – if we put one of those chances away early, that game has a completely different narrative. Instead, we give up a goal, try to chase it and scrap to get it back, and open ourselves up. Colorado State is a very good team, and we were right there for a large part of the game, especially in the first 20 minutes.”

Valpo (0-8-1) closes out non-conference play Sunday night at UIC with a 7 p.m. kickoff. The match can be seen live on ESPN+.