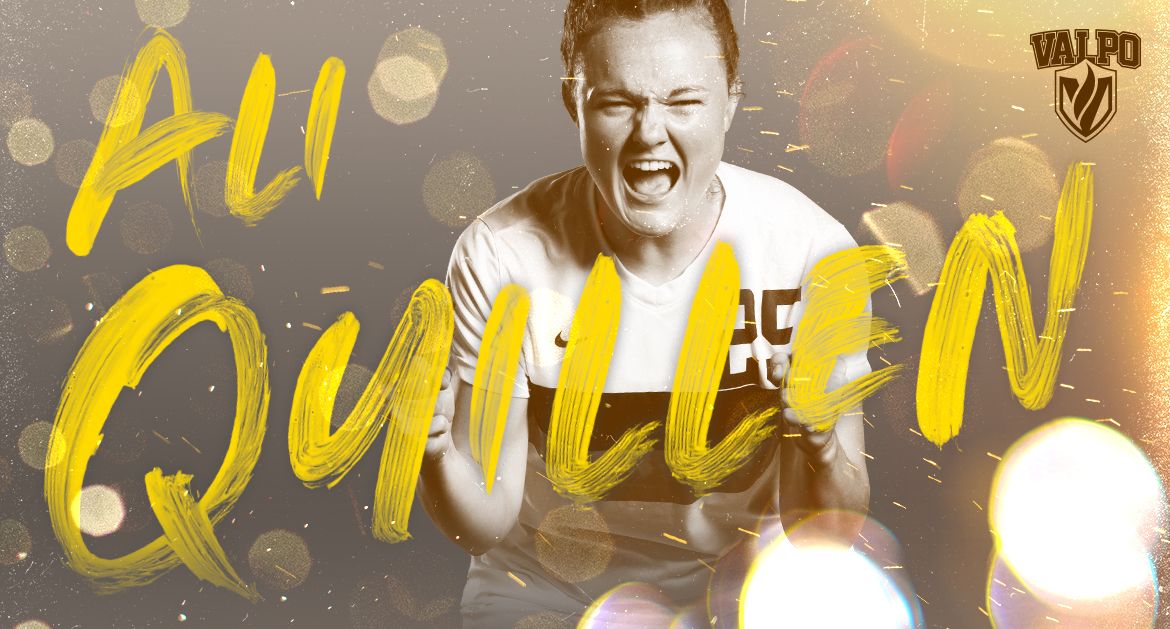 Valpo women’s soccer senior Ali Quillen (Beavercreek, Ohio/Beavercreek) received an honor for her prowess both on the field and in the classroom on Tuesday, as she was named to the Missouri Valley Conference Scholar-Athlete First Team.

On the field, Quillen earned Second Team All-MVC recognition and All-Tournament Team accolades for her work on Valpo’s back line this year. The senior capped a career during which she has been a rock on defense, starting all but two matches over her four years in the Valpo uniform. Quillen started 16 times for the Brown and Gold this season, going all 90+ minutes on 15 occasions, and contributed offensively with an assist against IUPUI.

In the classroom, Quillen holds a 3.947 grade point average as an exercise science major, with a minor in biology as well. She has received the Valpo Outstanding Student-Athlete Award each of the last two years and has earned Valpo Presidential Academic Honors both years as well. Quillen also has been honored with the MVC Commissioner's Academic Excellence Award each of the last two years.