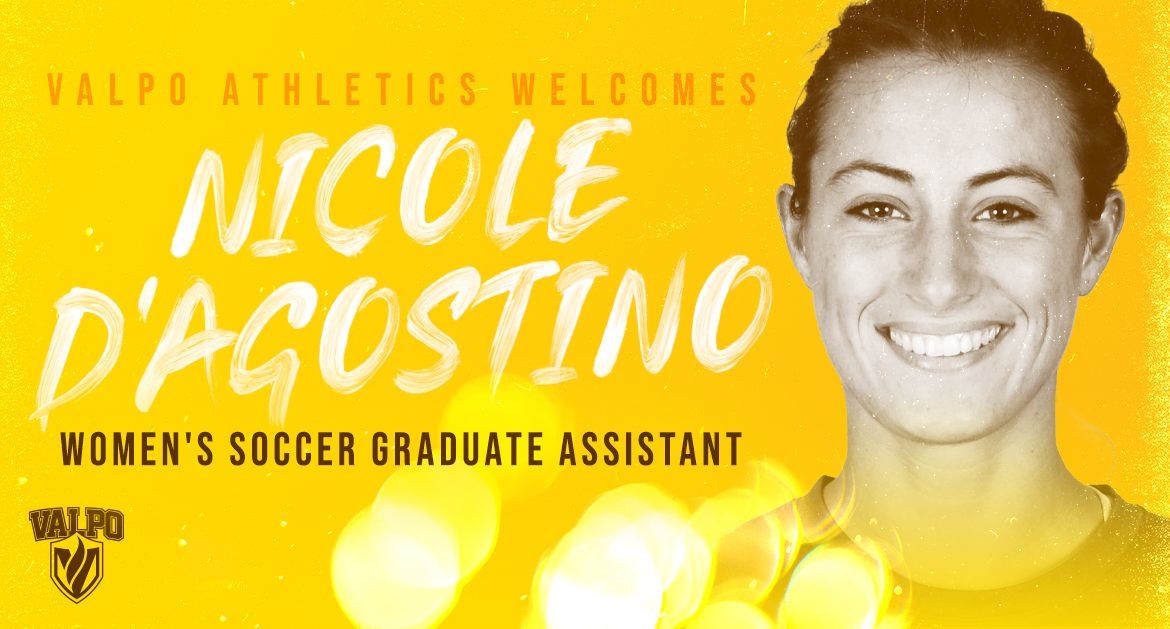 “The character and values that Nicole displays match up exactly with our mission at Valparaiso University and our women's soccer program,” said Marovich. “Her experience as a D-I and a professional goalkeeper will be a wonderful resource; not just for our keepers, but the entire squad. Nicole has a strong competitive mentality which will help us continue to develop a winning culture that will last a lifetime for this team. I am excited to surround myself with another outstanding individual/coach who will bring another perspective to the staff to help everyone be a better coach and leader.”

D’Agostino was a four-year starter as a Division I goalkeeper, playing three seasons at Pittsburgh before graduating and transferring to Monmouth for her final season. At Pitt, D’Agostino closed her career sixth in program history in both goals against average and saves. She picked up seven victories as a sophomore, tied for fourth-most in a single season all-time at Pitt, and ranked third in the ACC in saves as a junior.

For Monmouth, D’Agostino backstopped a Hawks side which claimed the MAAC regular season championship. She started in 18 of her 19 appearances, led the MAAC with nine shutouts and ranked third in the conference in goals against average.

Following her collegiate career, D’Agostino had brief stints with professional sides Evian Thonon Gaillard and Washington Spirit. She brings coaching experience with her as well, having spent time on staff at Alverno College and serving as a coach at Camp Shutout, a camp devoted to training high-level youth goalkeepers. D’Agostino also assisted with soccer camps while playing at Pitt and at Monmouth as well.

“I am excited to join Valpo, not only as a student but especially as the new goalkeepers coach for the women’s soccer program,” said D’Agostino. “During this time, it is a huge privilege to be on campus, be with the team and the coaches and have the opportunity to take this group of GKs to the next level. Every day is going to present us new challenges, and I am just ready to get started, use my skills and experiences to improve our team and learn from this group everyday.”