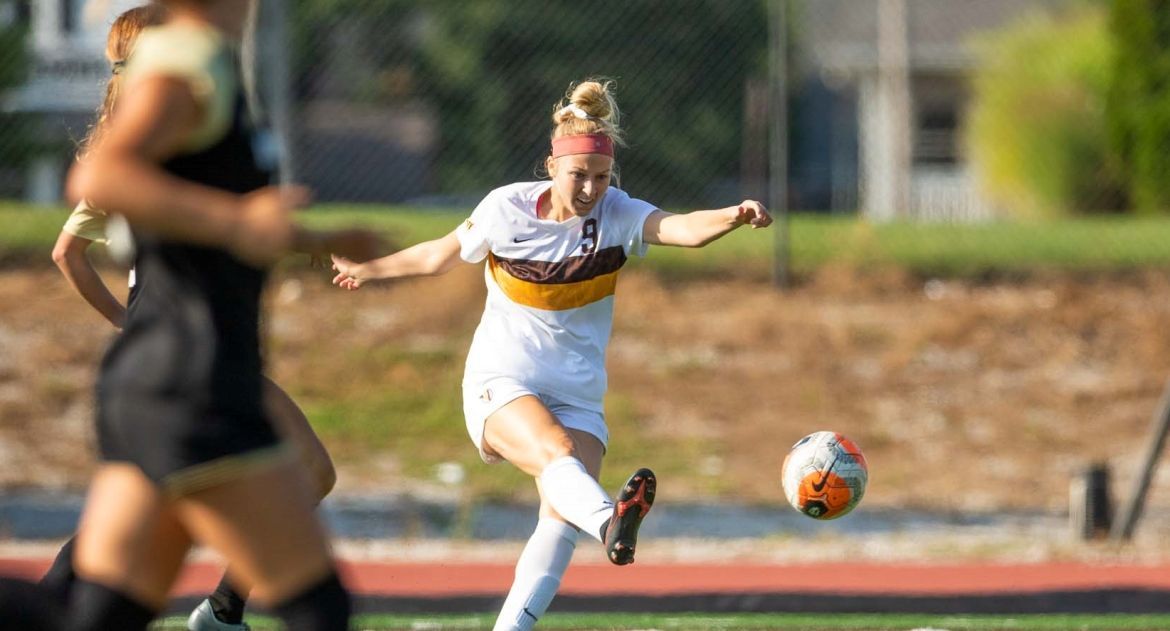 The Valpo soccer team showed its ability to bounce back from adversity Friday evening on the road against Duquesne as pre-conference play continued, as after the Dukes had scored back-to-back second-half goals to turn a 1-0 halftime scoreline into a 2-1 lead, the Beacons regrouped and eventually took advantage of a wonderfully struck free kick from sophomore Kelsie James (Carmel, Ind./Carmel) to equalize the match in what turned out to be a 2-2 draw. James scored both of Valpo’s goals in the tie for her first career brace.

“I thought our effort tonight was outstanding. Playing on road, against an A-10 team, we had a 57-43 advantage in possession. At this time of year, I’m focused on how our group is progressing, and I’m very pleased right now with how our team is growing and moving forward.”

“We did a really good job of playing how we want to play in the first half. We were composed, we dealt with pressure and we were progressing the ball through the middle of the park. We got the ball into creative gaps, got ourselves a goal and had a couple of other good chances.”

“In the start of the second half, we got away from our play. We got away from connecting play and we let the game get chaotic. We allowed Duquesne to create head balls, they forced us to play fast and forced us away from putting passes together. Unfortunately, we paid the price — but the response was fantastic. We settled the game back down, got back into our rhythm, and were able to equalize on an absolutely spectacular goal from Kelsie.”

“I thought Allie Anderson was fantastic tonight. She stepped into the midfield in the second half and really influenced the game — she had personality in her performance. She was a major help in us being able to have the better of the game and creating more chances down the stretch in regular time and into extra time.”

“We will recover tomorrow and get ourselves ready for Sunday, and then we go again. This is about the long haul, and I like how the team is moving forward.”

Valpo (0-2-1) closes out its two-match swing in western Pennsylvania on Sunday afternoon at noon CT versus Robert Morris. The game will be broadcast live on ESPN+.