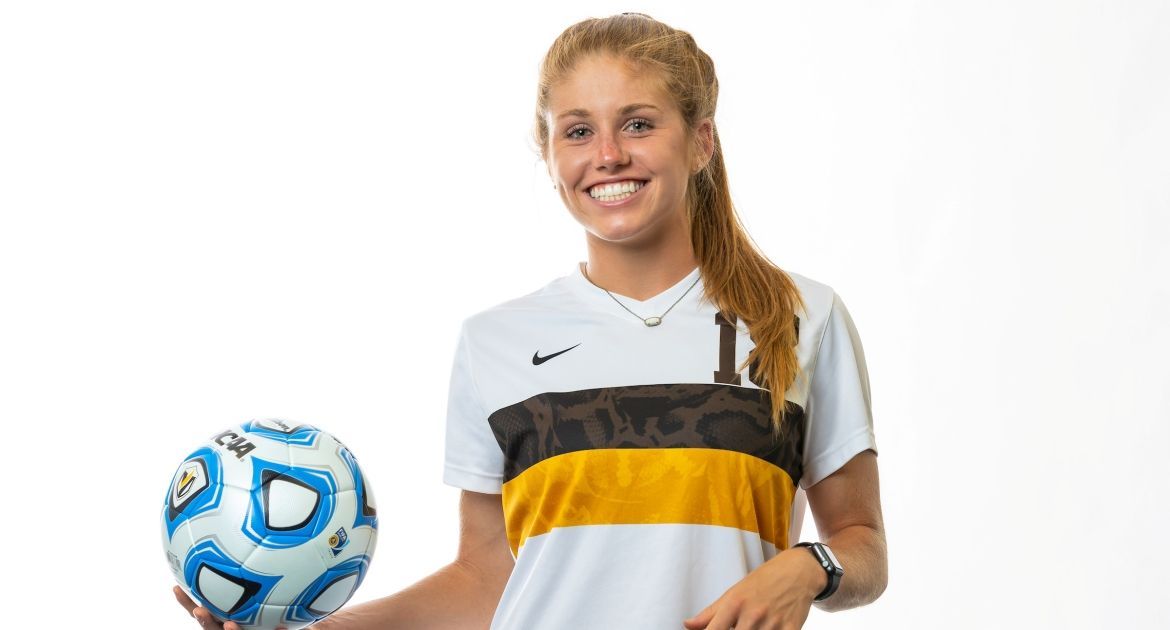 Next Up in Valpo Soccer: Valpo returns home to Brown Field for a pair of matches this weekend as nonconference play continues, hosting Northern Illinois on Friday night and St. Bonaventure on Sunday afternoon.

Previously: The Beacons enjoyed a successful road trip to western Pennsylvania last weekend, earning a 2-2 draw on Friday at Duquesne before notching a 2-1 victory over Robert Morris on Sunday. Kelsie James scored both of Valpo’s goals in the tie with the Dukes and then assisted on Abby White’s match-winner at RMU.

Looking Ahead: A third consecutive home match is on the docket next Friday night, as Valpo hosts Western Illinois. The pre-conference slate then comes to an end at SeatGeek Stadium in Bridgeview, Ill. on Sunday, Sept. 12 against Chicago State.

Following the Beacons: Both matches this weekend will be broadcast live on ESPN+, and both matches will have live stats available via ValpoAthletics.com. All remaining home matches and select road matches will be carried live on The Valley on ESPN.

Head Coach John Marovich: In his 14th season at the helm of the Valpo program, John Marovich holds a 104-101-37 (.506) record both overall and at Valpo as a head coach. The 2014 Horizon League Coach of the Year, Marovich holds Valpo’s all-time records for both victories and winning percentage.

Series Notes: Northern Illinois - Valpo is in search of its first win in program history over the Huskies, as NIU currently holds a 7-0-1 advantage in the series. Six of those eight meetings came in the infancy of the Valpo program, however. The last meeting came back in August 2009, a 1-0 NIU win at Brown Field.

St. Bonaventure - Valpo and SBU have met just once all-time - a 1-0 win for the host Bonnies in September 2019.

Scouting the Opposition: Northern Illinois - NIU currently sits at 2-2-0 on the year, most recently falling to Eastern Kentucky by a 3-1 final. The Huskies, who posted a 1-9-0 record in an all-MAC schedule in the spring, were picked to finish 12th this season in the MAC preseason coaches poll.

St. Bonaventure - The Bonnies enter the weekend with a 2-1-1 overall record and will play at Eastern Michigan Friday afternoon before coming to Valpo. SBU was picked to finish 14th in the A-10 this season after going 0-8-0 in a four-team regionally-based division with Saint Louis, Duquesne and Dayton this past spring.

Coming From Behind: Valpo rallied from a one-goal deficit in the second half to earn a draw Friday at Duquesne, and again trailed in the second half Sunday at Robert Morris before scoring twice to come out with the 2-1 win over the Colonials. Sunday’s victory was the first for Valpo in which it rallied from being down a goal to earn the victory since coming from behind for a 2-1 win at Green Bay in the 2018 season opener.

A Big Weekend: Sophomore forward Kelsie James picked up her first career Player of the Week honor from the MVC after a big offensive weekend. James scored both of Valpo’s goals in the draw at Duquesne, highlighted by a perfectly-struck free kick from 30 yards out in the 80th minute to equalize the match, for her first career brace. She then assisted on the Beacons’ match-winner in the 74th minute Sunday at RMU. James, who is tied for the MVC lead with seven points (3G, 1A), now has five goals and an assist in her six career matches against non-MVC sides. She adds the Player of the Week honor to her award haul from last season, as James was Honorable Mention All-MVC, a member of the All-Freshman Team and three-time Freshman of the Week as a rookie.

Making a Run: Freshman Abby White made her first career goal a big one Sunday, dashing on a big run up from her left-back position to drill home the match-winner from close range in the 74th minute, completing Valpo’s 2-1 come-from-behind win over Robert Morris. White’s goal came in her fourth career match.

First Goals: White wasn’t the only Beacon to find the back of the net for the first time at Robert Morris, as junior transfer Abbey Hillman had tied the match in the 61st minute for her first collegiate goal in her seventh career match. Sunday marked the first time that two Valpo players scored their first collegiate goal in the same match since Kiley Dugan and Nicole Norfolk each scored their respective first goal against Wright State on Sept. 1, 2019.

Changes in the Lineup: After running out the same starting XI in each of the season’s first three matches, head coach John Marovich made two adjustments to the starting side on Sunday at RMU, giving Hillman and Cassidy Eckstein their first starts of the season. But the three players who started every match last season maintained their active matches started streaks: goalkeeper Nikki Coryell has made 18 straight starts since joining the program last year, while juniors Kiley Dugan and Nicole Norfolk have now each started 36 consecutive matches since stepping on campus.

Iron Woman: Starting out her third season at Valpo, junior defender Nicole Norfolk has been a fixture on the field. Not only has Norfolk started all 36 matches in the Brown and Gold since stepping on campus, she has not come off the field once in any of those 36 contests. She played all 1,379 minutes of the spring 2021 campaign and is now up to 3,418 consecutive minutes played following the second weekend of action. In the 86th minute Sunday at RMU, Norfolk surpassed Tracy Roos’ mark of 3,413 minutes (2009-11), which was the known program record for consecutive minutes played by a Valpo field player.