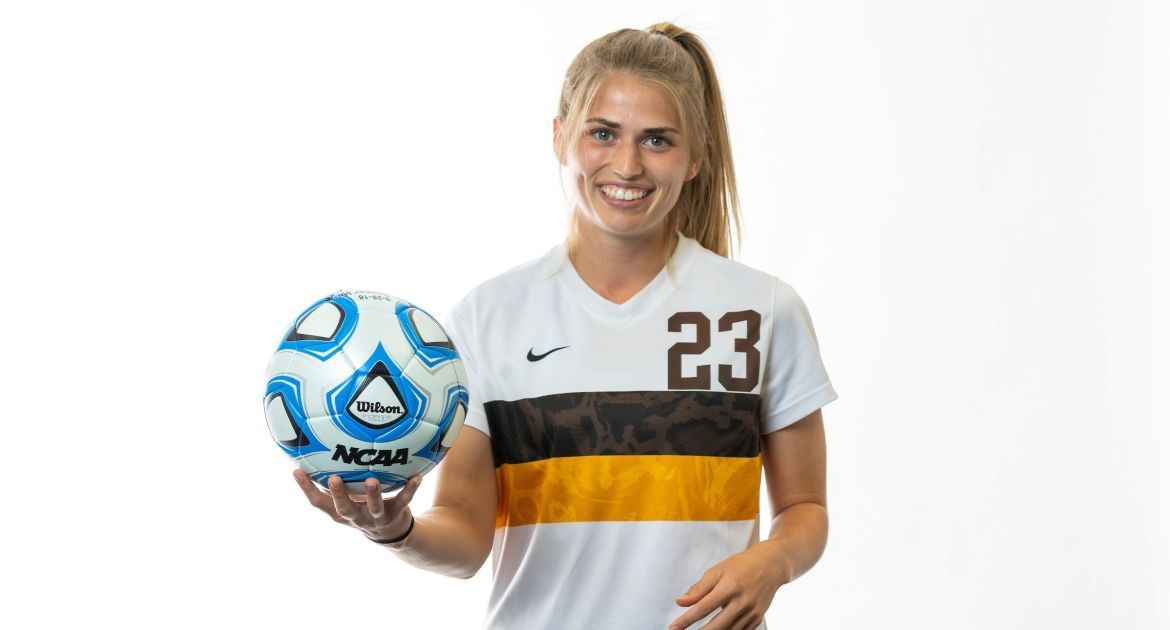 Next Up in Valpo Soccer: One final weekend of pre-conference action awaits Valpo before the MVC slate gets under way. The Beacons close out a three-match homestand on Brown Field Friday evening against Western Illinois before heading up to SeatGeek Stadium in Bridgeview, Ill. to take on Chicago State Sunday afternoon.

Previously: Valpo split a pair of home matches last weekend, falling to Northern Illinois Friday night by a 1-0 final before rebounding for a 3-0 victory over St. Bonaventure on Sunday. The Beacons combined to out-shoot the opposition 40-13 over the two fixtures.

Looking Ahead: The MVC schedule opens at Brown Field next Friday night, Sept. 17 as Valpo hosts Illinois State under the lights.

Head Coach John Marovich: In his 14th season at the helm of the Valpo program, John Marovich holds a 105-102-37 (.506) record both overall and at Valpo as a head coach. The 2014 Horizon League Coach of the Year, Marovich holds Valpo’s all-time records for both victories and winning percentage.

Series Notes: Western Illinois - Valpo holds a 9-2-1 advantage in the all-time series over the Leathernecks, but the two sides have met just twice since Valpo departed the Mid-Continent Conference following the 2006 campaign. The most recent meeting was a 3-0 Valpo win in Macomb in September 2014 - a result which kicked off a 14-0-1 stretch over the next 15 matches.

Chicago State - Valpo has won both meetings with the Cougars, including most recently a 2-1 victory at the Sparta Dome in Crown Point this past February to open the spring 2021 season. Kelsie James scored her first collegiate goal less than seven minutes into that match, while Tahelah Noel tallied the match-winner in the 32nd minute.

Scouting the Opposition: Western Illinois - WIU enters Friday’s match with a 3-2-0 record this year, most recently beating UIC this past Sunday, 1-0. The Beacons will be the Leathernecks’ third MVC opponent of the season, as they have already defeated Illinois State and UNI by identical 4-3 scorelines. Amy Andrews has scored five of WIU’s nine goals and has assisted on two others.

Chicago State - The Cougars enter the weekend at 0-4-0, with a Friday matchup against Purdue Fort Wayne prior to Sunday’s fixture. Jayla Gage and Sara Quevedo have found the back of the net for CSU so far this season, while Alexa Seiler has played every minute in goal.

Dominating Performances: While it didn’t reflect in the final scoreline Friday night, Valpo put together a strong performance against NIU, outshooting the Huskies 17-8 and putting eight shots on goal to NIU’s four. That level of performance carried over to Sunday’s win over St. Bonaventure, as the Beacons held a dominating 23-5 advantage in shot attempts and put 14 efforts on goal to SBU’s three. Valpo currently leads the Valley, averaging 14.17 shots/game and 7.33 shots on goal/game.

James Keeps On Scoring: Coming off of being named MVC Player of the Week the previous week, sophomore forward Kelsie James added a three-point match to her season ledger in Sunday’s win over the Bonnies, assisting on Valpo’s second goal of the game and then scoring the Beacons’ third tally. With four goals and two assists through the season’s first six matches, James has already surpassed her freshman year stat line of three goals and two assists - a line which earned her Honorable Mention All-MVC and All-Freshman Team honors. James, who currently ranks second in the MVC in both goals and points, now has six goals and two assists in eight career matches against non-MVC teams.

First Goal a Big One: For the second consecutive Sunday, it was a freshman scoring her first career goal to serve as the match-winner. Making her first career start, Addy Joiner headed home a free kick in the 13th minute to put the Beacons on top for good against SBU. This came one week after freshman Abby White scored in the 74th minute to complete Valpo’s 2-1 come-from-behind win at Robert Morris.

Helping Out: Junior transfer Allie Anderson played a part in two of Valpo’s three goals in Sunday’s victory. She delivered the free kick which Joiner headed in for the eventual match-winner, and in the second half, started a push up the field which eventually resulted in James’ goal. Anderson, who had entered the match with just one collegiate assist in her first two-plus seasons of play, recorded Valpo’s first multi-assist match since Cierra Welch recorded two helpers in the 2019 regular season finale against UNI.