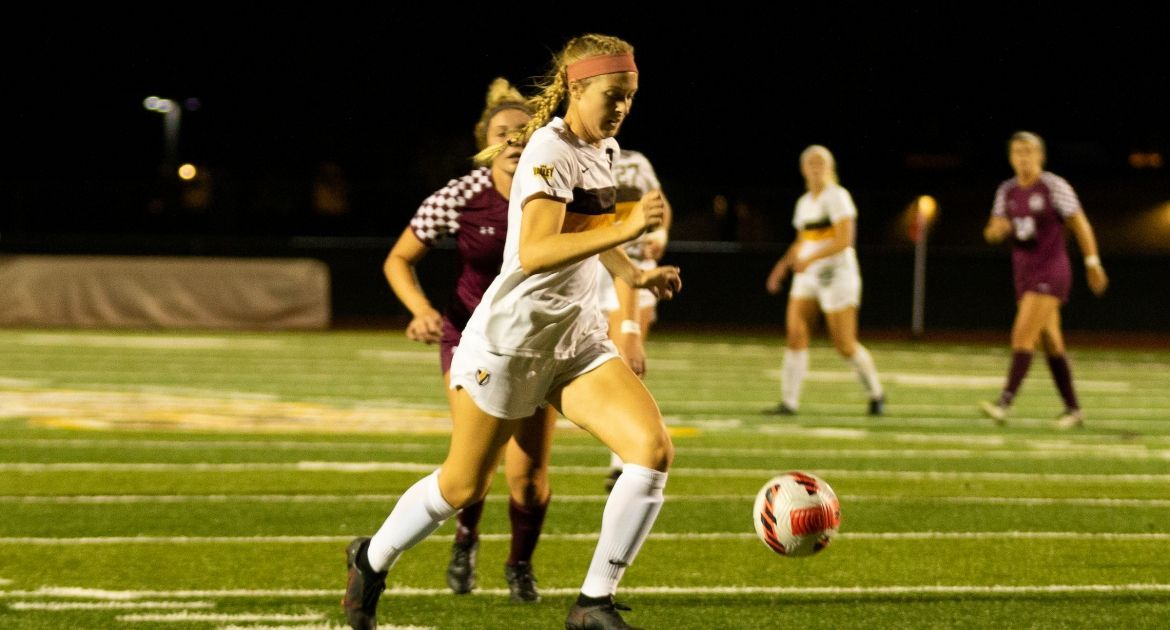 Make it five wins in a row as the Valpo soccer team continued its perfect start to Missouri Valley Conference play on Sunday in Springfield, Mo., getting early goals from Lindsey DuSatko (Plainfield, Ill./Plainfield North) and Kelsie James (Carmel, Ind./Carmel) in a 2-1 win at Missouri State to improve its conference record to 4-0-0.

“To go to four wins in as many matches in conference, I’m just so proud of our group. It’s great to come out with points from any road matches, but especially all three from the longest trip in the conference schedule.”

“We had a really good energy about us today, and we came out executing from the start, which helped us produce goals early.”

“We had a different challenge today, scoring those early goals and having to learn about how to manage a two-goal lead on the road. At times, we let the game get away from us, but it was a wonderful opportunity for us to go through that today against a good side — we learned from it and were able to adjust. Giving up the goal right before the half could have been the difference in the second half, but we came out and we grew in the first 15 minutes, played solid in the next 15 and saw out the game in a 5-3-2 the final 15.”

“I thought Chase did a really great job of winning balls in the air for us. Our front three of Kiley, Kelsie and Lindsey did well early working hard up top and earning the pair of goals. Nikki’s save towards the end of the match was obviously big for us as well. I liked what Katie did coming off the bench the last 15 minutes at center back, winning some big head balls and making a number of clearances — for me, that’s what this team is about, everyone coming in and doing what they’re asked to do for the betterment of our group.”

Valpo (7-4-1, 4-0-0 MVC) steps out of conference play for the last time this season for Senior Night on Saturday evening from Brown Field, as the Beacons welcome Cornell (Iowa) College to Brown Field. Kickoff is slated for 7 p.m., with Senior Night ceremonies to take place at about 6:45 p.m. The match can be seen live on The Valley on ESPN.