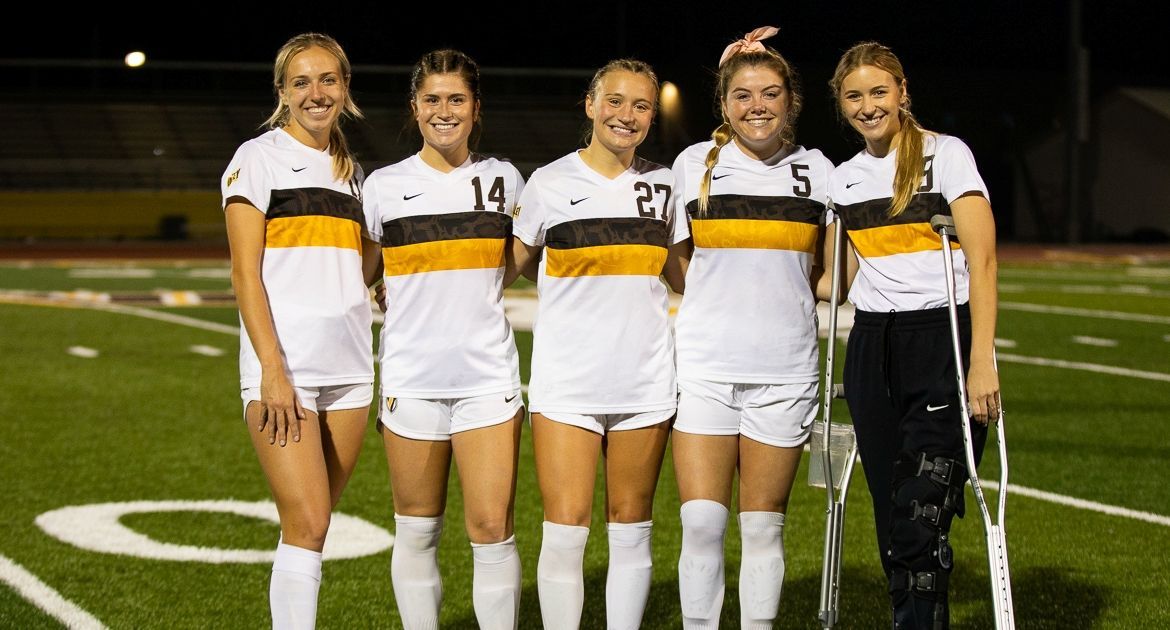 It was only appropriate that, on a night when the Valpo soccer program honored its five seniors on Senior Night at Brown Field, the Beacons found the back of the net five times in a 5-0 win over Cornell College Saturday. The win, Valpo’s sixth in a row, featured the first career goals for seniors Alexis Gaffney (Broomfield, Colo./Legacy) and Morgen Metzger (Grand Blanc, Mich./Grand Blanc).

“I thought the sport of soccer won tonight. It brought two schools together for what was an awesome experience all around, and it was a great ambassadorship for the game of soccer by all the players involved.”

“I’m thankful that Cornell and Coach Fajardo were willing to come out and make the trip. I feel like it was a beneficial game for both teams — it will help Cornell prepare for their conference schedule, and it gave us a run with an opponent during our bye in the MVC schedule. We had the opportunity to see a lot of our players on the park, and it was exciting to see a lot of firsts for some of our players.”

“I’m so excited for our seniors to have the night that they did, the way that they impacted the game. More importantly, it was a great display of how they’ve grown over their time here, not just as players, but as people. It’s so rewarding to see how they’ve come along.”

“It was also exciting to see Claire have a very good performance in her debut this evening. She’s gone through growth here in her first season, and hopefully this is a springboard for her as she continues to develop.”

Valpo (8-4-1, 4-0-0 MVC) returns to Valley play for the final four matches of the regular season, starting with a Wednesday evening match at Drake. That fixture can be seen live on ESPN3.