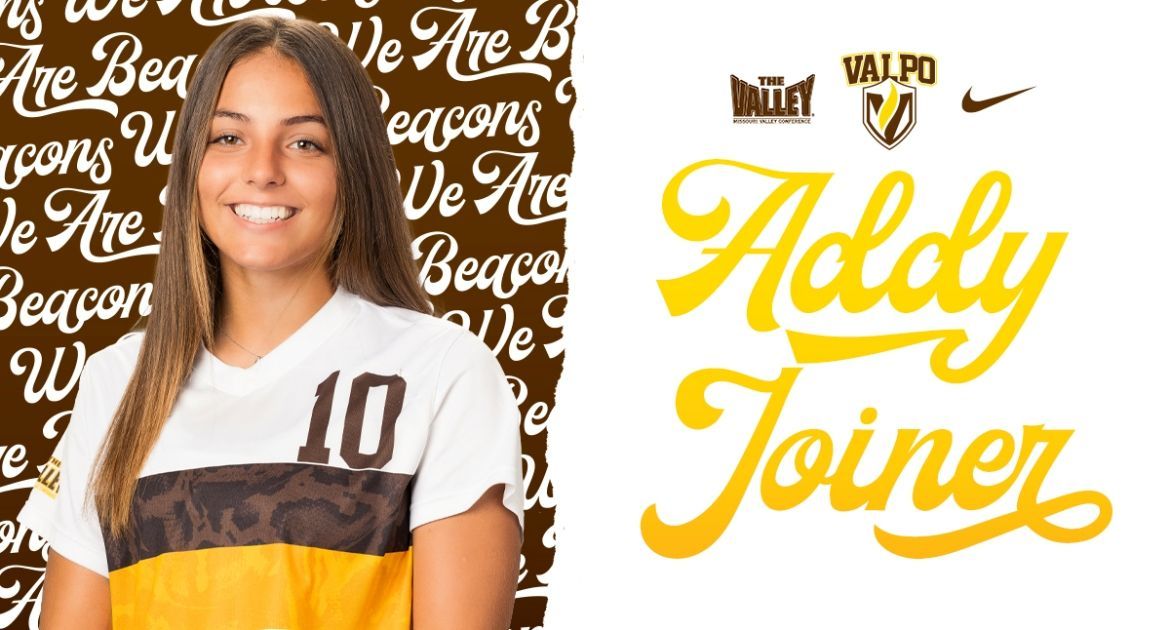 The plaudits continue to roll in for the Valpo soccer program this fall, as freshman Addy Joiner (Chesterton, Ind./Chesterton) was named the Missouri Valley Conference Freshman of the Week on Monday. Joiner becomes the seventh different Beacon to earn weekly honors from the conference office this season.

Joiner played a part in two of Valpo’s goals in the win in its non-conference finale over Cornell College Saturday. The local product notched her first assist with a perfect service of a corner kick in the 60th minute which was headed home by Cierra Welch for the game’s third goal. Joiner then added another assist less than four minutes later, taking a free kick which was redirected by Welch into the path of Claire Bonnici, who finished from the center of the box.

Entering the match with no assists in her collegiate career, Joiner became the second Beacon this season to record a multi-assist game, as Allie Anderson did so earlier in Valpo’s win over St. Bonaventure. She is the first Valpo freshman with two assists in one fixture since Welch did so against UNI in the 2019 regular season finale. Joiner now has six points on the season, good for fourth on the team.

Valpo has now claimed seven weekly awards from the MVC office this year, surpassing the previous program single-season high of six, which was accomplished in 2017 and the spring of 2021 — both in the MVC as well. Incredibly, all seven of Valpo’s weekly honors this season have come from seven different players, as no individual has been honored twice. The Beacons have claimed three Freshman of the Week, two Player of the Week and two Defensive Player of the Week awards this season.