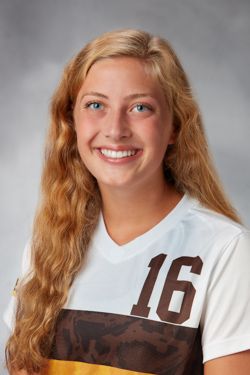 2019: Started all 18 matches of her freshman season for Valpo on the back line ... named to the MVC All-Freshman Team ... did not come off the field at all during rookie season, playing all 1,659 minutes ... scored first career goal Sept. 1 in draw against Wright State ... finished year with 11 total shot attempts, three of which were on goal.

Prep: Did not play high school soccer, focusing on her ECNL play with FC Wisconsin ... chosen by ECNL as a 2018-19 Midwest Conference Player to Watch ... selected to the 2017 ECNL Midwest Region PDP team ... member of FC Wisconsin's club leadership group the past three years ... member of National Honor Society.

Personal: Daughter of Monica and John Norfolk ... major is biology.