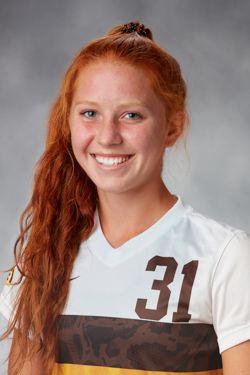 2019: Appeared in 13 matches in her rookie year at Valpo, starting five times ... started each of the first four matches of her career ... played a total of 437 minutes on the year ... registered four shot attempts on the season, three of which were on goal.