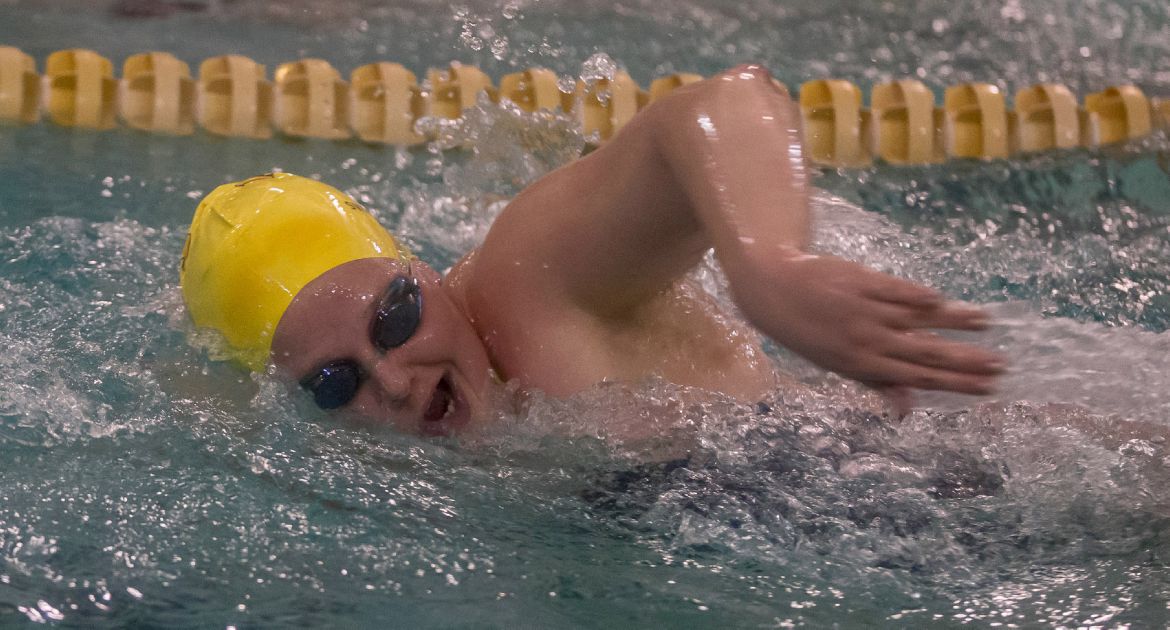 Rachel Law improved upon a pair of PRs on Saturday.

The Valparaiso University men’s and women’s swimming teams closed out the 2016 Horizon League Championships at Oakland University in Rochester, Mich. on Saturday evening.

A pair of Crusader men qualified for Saturday night B finals and finished in 11th place. Gonzalo Castro Diaz (Mexico City, Mexico/Instituto Oxford) led the way with his second new school record of the meet, earning six points in the 200 fly with a time of 1:52.00, bettering his own school record by nearly four-tenths of a second. Max Penn (Columbus, Ohio/St. Charles Prep) matched Castro Diaz’s finish, scoring six points in the 200 back with a time of 1:51.55 to place 11th, finishing just .21 off of his own school record in the event.

The men’s team picked up 26 points in the final race of the season, the 400 free relay. Castro Diaz, Fred Jenny (New Albany, Ohio New Albany), Colten Lawson (West Bend, Wis./West Bend East) and Tim Mitchell (Lakeville, Minn./North) finished in a time of 3:08.36, just .03 off the pace of that quartet’s top effort of the season.

Dylan Kirar (Arvada, Colo./Ralston Valley) pushed through the 1650 free and finished with a final time of 16:45.51, good for fourth-best all-time for the Crusaders, while Bob Bretl (Wauwatosa, Wis./Marquette University H.S.) touched the wall in 16:51.93, less than a half-second off his fifth-best time in program history.

On the women’s side of things, the Crusaders picked up 22 points in their final event of the championships - the 400 free relay. The team of Amanda Jenny (New Albany, Ohio/New Albany), Emily Trimpe (New Palestine, Ind./New Palestine), Erin McBride (St. Louis, Mo./Webster Groves), and Paiton Krebs (Sarasota, Fla./Cardinal Mooney) touched the wall with a time of 3:39.67.

Emily Trimpe tallied four points with her 13th-place finish in the 200 breaststroke, improving upon her already second-best time in school history with a mark of 2:23.57. In the same event, Rachel Law (Wayne, Pa./Villa Maria Academy) posted a prelim time of 2:30.14, improving on her ninth-best time in program history.