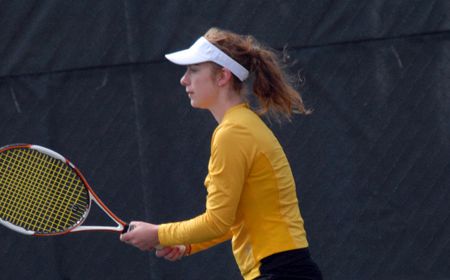 Valparaiso continued play on its annual spring trip to Orlando, Fla. on Thursday afternoon, dropping a 7-0 decision to Connecticut.

Connecticut (4-4) added victories at all six spots in the singles order to complete the shutout.  Lindsey Gustafson (Naperville, Ill./Benet Academy) forced a tie-break for the third set at number six singles for the Crusaders against Emily Searle before falling 3-6, 6-4, 10-4.  Campitiello was a 6-3, 6-0 winner over Schwartz at number one while LoRusso downed Keifer 6-1, 6-1 at the second spot.  Cheung topped Bilyeu 6-0, 6-1 at third singles while Moritz was a 6-1, 6-2 victor against York at number four.  Herb notched a 6-1, 6-0 victory over Christine Antrobus (Fort Wayne, Ind./Homestead H.S.) at fifth singles.

“We had a better effort and worked hard today,” head coach Jay Adams said afterwards.  “We strung some good points together against a good team.  Hopefully we can build from today’s match.”

Valparaiso (1-8) will wrap up play in Florida on Friday afternoon, traveling to Daytona Beach for a 2 p.m. CDT match against Bethune-Cookman.