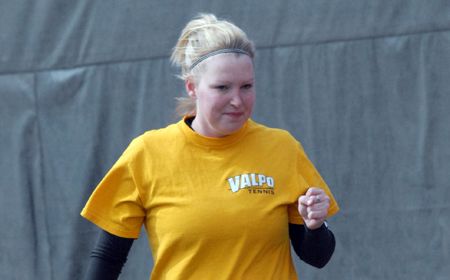 Valparaiso rallied from a 3-1 deficit to tie the match on Friday afternoon, but Green Bay won the deciding point to defeat the Crusaders 4-3 at the Courts of Northwest Indiana.

In singles, Green Bay increased its lead to 2-0 as Lawent downed Sajevic 6-2, 6-1 at the top spot.  Jenny Schwartz (Aurora, Ill./West Aurora H.S.) cut the Crusader deficit in half with a come-from-behind 3-6, 6-3, 6-4 victory over Jurgella at the third spot.  The Phoenix retook a two point lead though as Weuve downed Bilyeu 6-2, 6-1 at fourth singles.

Valparaiso (1-17, 0-6) will return to action on Wednesday afternoon as the Crusaders head to Fort Wayne, Ind. to battle IPFW in a 2 p.m. CDT match.