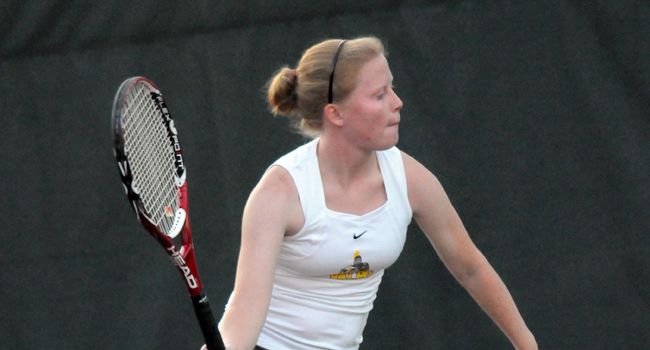 Valparaiso saw its two match win streak come to an end on Sunday afternoon as the Crusaders dropped a 7-0 decision to Bradley at the Homewood-Flossmoor Racquet Club in Flossmoor, Ill.

In singles play, York forced a match tie-break for the third set at number three against  Przystawski before falling 6-4, 2-6, 12-10.  Bradley (2-5) swept the other matches in straight sets.  Rodefeld won the first set 6-2 against Bartels before the Crusader freshman retired due to injury at number one singles.  Hamel fell 6-1, 6-1 at the second spot to Henke while Fredlake dropped a 6-1, 6-0 decision at number four against McDonagh.  At number five singles, Zakiewicz fell 6-2, 7-6 (4) against Mattson while Kammerer dropped a 6-0, 6-2 match against Miles at the bottom of the order.

Valparaiso (2-2) will return to the courts on Feb. 24 to open Horizon League play at Milwaukee.  First serve is slated for 4 p.m.