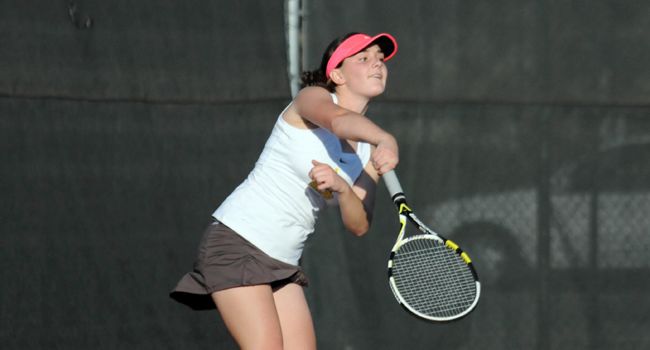 Valparaiso returned to the road on Tuesday afternoon and dropped a 7-0 match to Bowling Green at the Perrysburg Tennis Center in Perrysburg, Ohio.

Bowling Green (8-7) dropped just three games total in singles action en route to the sweep.  Chiricosta downed Bartels 6-0, 6-0 at one while Reuland beat Hamel by the same score at two.  At third singles, York fell 6-0, 6-2 against Eccleston while Fredlake, playing one spot below her in the lineup, dropped a 6-0, 6-1 match against Grubb.  At five, Hill beat Zakiewicz 6-0, 6-0 while Jessica Easdale topped O’Reilly by the same score at six.

Valparaiso (4-12) will return home to the Valpo Tennis Complex on Saturday morning to begin its final homestand of the season.  The Crusaders will face Youngstown State beginning at 11 a.m.