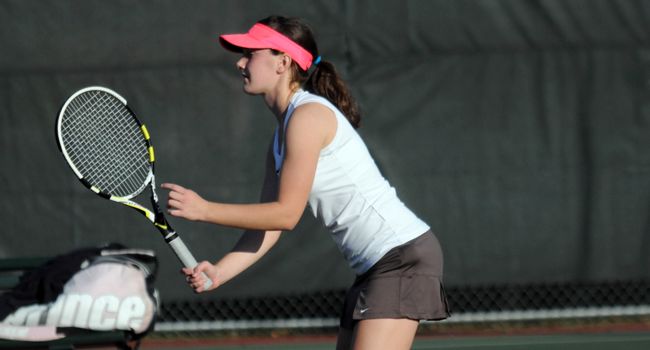 The Crusader women dropped the final two matches of their spring trip on Friday, falling 7-0 to Providence in the morning, and 6-1 to Augustana in the afternoon. Freshman Paige Heuer (Munster, Ind./Munster) led the Crusaders with a win in No.3 singles against Augustana.

Valparaiso lost its match against Providence 7-0. In the match, Providence narrowly swept the doubles point, winning the No.2 and No.3 doubles contests by scores of 8-1 and 8-2. Kristin Zakiewicz (Bristol, Ind./Northridge) and Kaitlyn Hamel (Lakewood, Colo./Green Mountain) showed solid play in No.1 doubles before dropping the contest 8-5.

Providence went onto sweep singles play as well, blanking Valparaiso 7-0 in the match. Hamel provided a bright spot for Valparaiso in No.1 singles, taking two games in the first set and three in the second before falling 6-2, 6-3.

In the afternoon, the Crusaders fell 6-1 to a regionally ranked Augustana team. Despite losing the doubles point, the Crusaders made it difficult for the Vikings, taking four games in both the No.2 and No.3 doubles contests.

Heuer captured the lone point of the day for the Crusaders with her victory in No.3 singles. The contest was never in question, as Heuer won in straight sets, 6-2, 6-0. The freshman leads the team in singles wins with four.

The Crusaders return from their trip and jump straight into Horizon League play. Valparaiso opens league play on the road with a match at UIC on Thursday, March 20th. The match is slated for a 12:00 p.m. start.