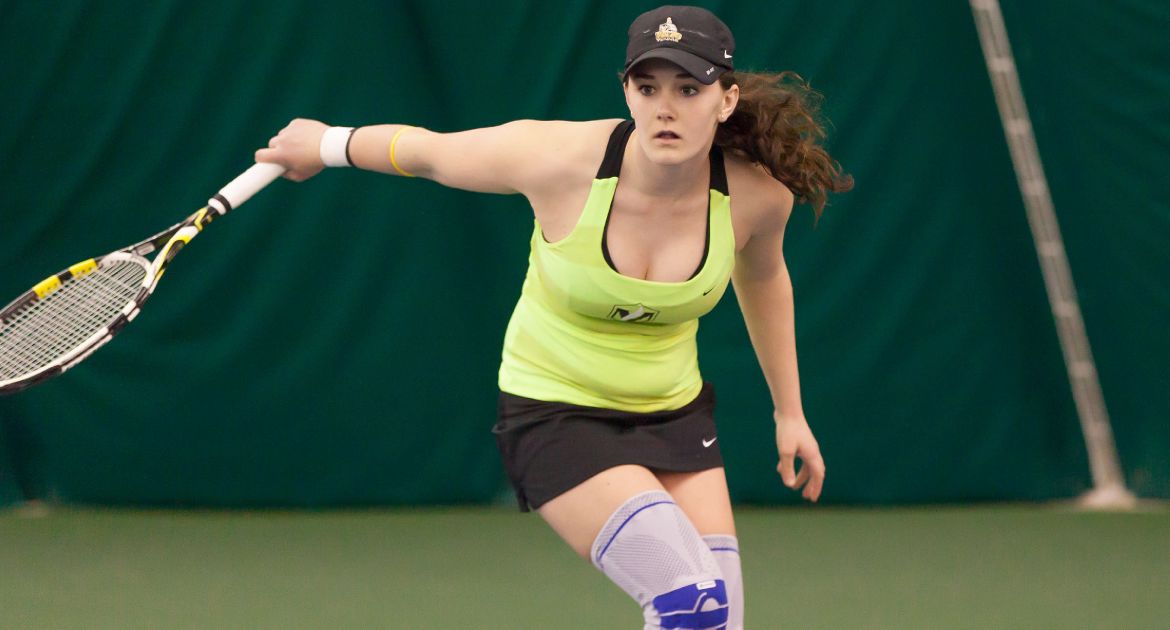 The Crusader women’s tennis team made program history Saturday night, defeating host Green Bay 5-2 for its first ever Horizon League victory. Although there were plenty of impressive performances seen in the match, Megan Barthels (Grand Rapids, Mich./Catholic Central) and Paige Heuer (Munster, Ind./Munster) provided the Crusaders with crucial victories at No.3 doubles and No.3 and No.4 singles.

Valparaiso set the tone early, as Kristin Zakiewicz (Bristol, Ind./Northridge) and Kaitlyn Hamel (Lakewood, Colo./Green Mountain) claimed the No.1 doubles contest with a convincing 8-1 victory to take the opening point of the competition. Green Bay would battle back to take the No.2 doubles contest, but Barthels and Heuer would secure the doubles point with a critical 8-2 win in No.3 doubles.

In No.3 singles, Heuer would pull the Crusaders back in the match, winning with a dominant 6-2, 6-3 performance. Heuer has been dependable all season long the Crusaders, as made evident by her team leading fifth win of the season.

Barthels would then give Valparaiso a 3-2 lead with a hard-fought victory in the No.4 singles contest. With the contest even after two sets, Barthels outlasted her opponent in the third set, winning 10-6 to win the contest and take the go-ahead point.

Michele Fredlake (South Bend, Ind./Saint Joseph’s) and Morgan Paras (Indianapolis, Ind./Bishop Chatard) ensured the Crusader victory with decisive wins at No.5 and No.6 singles. Fredlake took a 6-1, 6-0 victory, while Paras defeated her opponent 6-2, 6-1

With the 5-2 win, Valparaiso ends its Horizon League drought and moves to 1-2 in League play. The Crusader women will look to improve to 2-2 in league play tomorrow afternoon with a match at Milwaukee. The match is scheduled for a noon start.