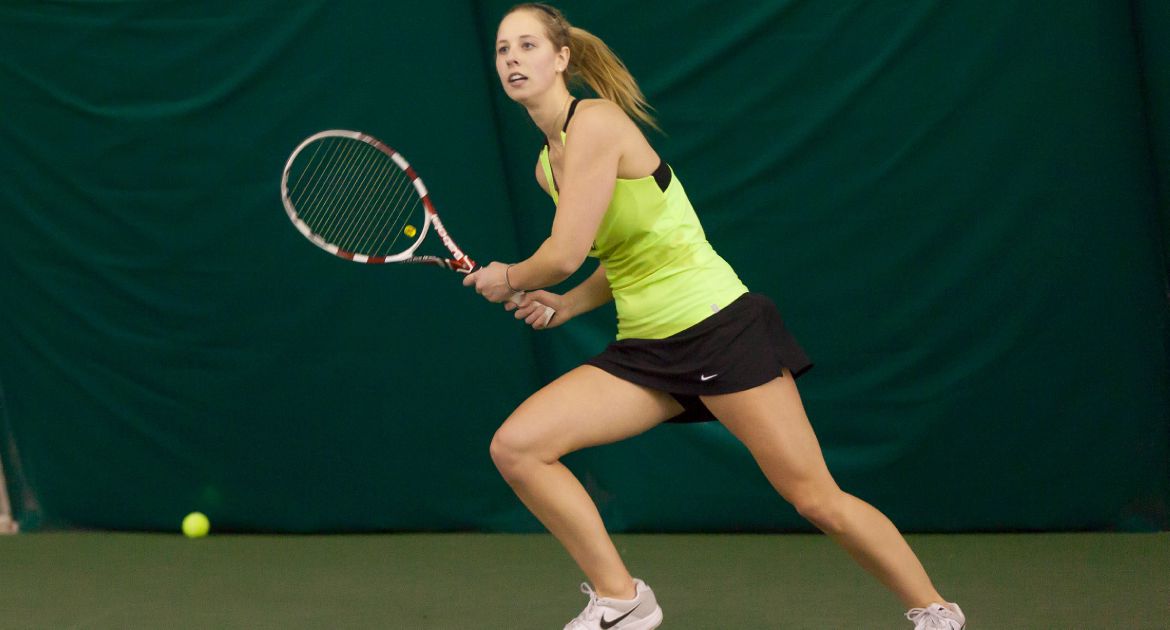 After winning their first Horizon League match in program history the night before, the Crusader women’s tennis team was unable to replicate the same play necessary to top an unbeaten Milwaukee team. The Panthers cruised to a 7-0 victory over Crusaders, who were playing their second match of a back-to-back.

The league-leading Panthers locked up the doubles point with 8-3, 8-0 wins at No.1 and No.2 doubles. Despite Milwaukee having the doubles point in hand, Megan Barthels (Grand Rapids, Mich./Catholic Central) and Paige Heuer (Munster, Ind./Munster) put together a gritty performance, taking five games from the Panthers in an 8-5 loss at No.3 doubles.

Milwaukee would build on its 1-0 advantage in the singles competition with straight-set wins in each of the six singles contests to win the match 7-0. Valparaiso play was highlighted by Kristin Zakiewicz (Bristol, Ind./Northridge), who was found herself down a set to none at No.2 singles, but looked to force the issue with a second set comeback in order to push the contest to a third set. The senior’s comeback was stopped short, however, as Milwaukee’s Marshall took the second set 6-4 to win the point.

The Crusaders return to the court Saturday, April 12th for their first of three consecutive road matches. First up for Valparaiso is a league match at Detroit. Start time for the match is TBA. The Crusader women will then meet Oakland on April 13th for a Horizon League tilt, and Chicago State on April 14th for their final non-league match of the season.