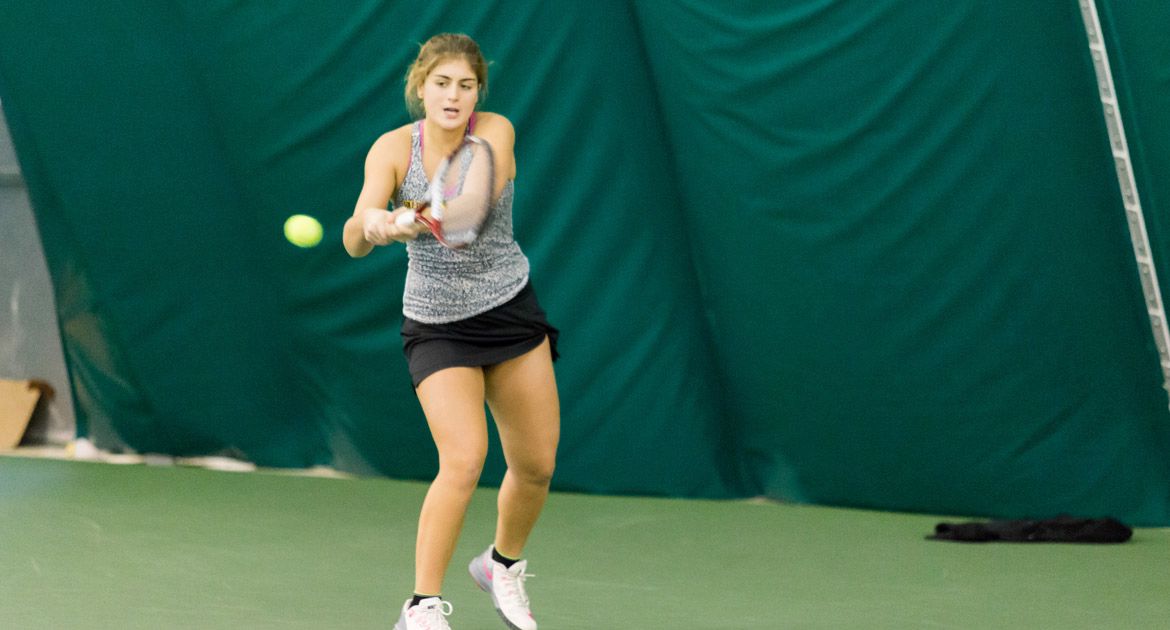 Freshman Cary Milanes (Miami, Fla./Miami Palmetto) was victorious twice Friday, but the Valparaiso women's tennis team dropped a 6-1 decision to the undefeated Wayne State Warriors at The Courts of NWI.

Milanes evened the match at 1-1 as her 6-4, 6-1 triumph at No. 3 singles was the first match completed. With the straight set win, Milanes captured her fifth victory of the season.

Wayne State went on to record wins throughout the rest of the lineup.

Lauren Hughes clinched the match for the Warriors by virtue of her 6-2, 7-6 (5) victory versus Fredlake at No. 6.

Valpo (1-6) will head off to sunny Phoenix, Arizona for its spring trip. The Crusaders will play Arizona Christian (8-0) on Monday, March 2nd at 2:30 pm CT. The final match of the trip will be held the following afternoon versus Grand Canyon (2-5) at 12 pm CT.