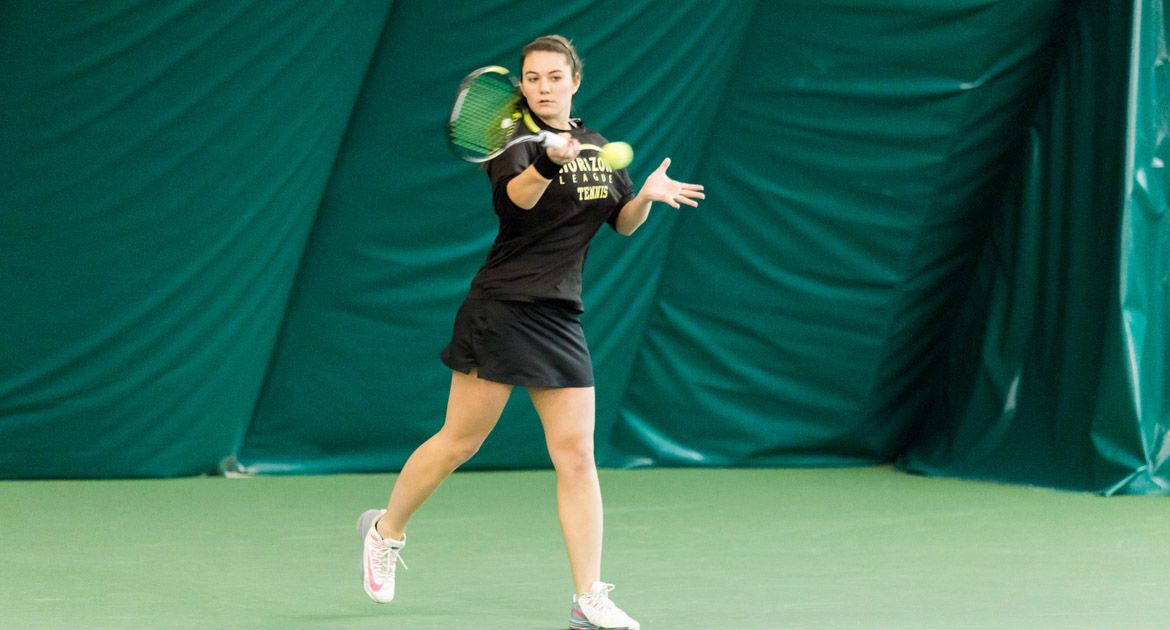 The Valparaiso women's tennis team collected its first road win of the spring, defeating Western Illinois 5-2 at the WIU Tennis Facility in Macomb on Saturday. Freshman Cary Milanes (Miami, Fla./Miami Palmetto) recorded a 6-3, 6-2 triumph at No. 3 singles to secure the match for the Brown and Gold.

Competing with just five players, the Leathernecks were forced to forfeit at No. 3 doubles. As a result, Milanes and Paige Heuer (Munster, Ind./Munster)'s 6-4 victory at No. 2 gave the Crusaders the doubles point. WIU's Jenna Wallace/Courtney Lubbers got past Kaitlyn Hamel (Lakewood, Colo./Green Mountain) and Kathleen Hebble (Sellersburg, Ind./Silver Creek) 6-3 atop doubles play.

Valpo opened singles action with a forfeit victory at No. 6 to jump out to a 2-0 lead.

Western Illinois got on the scoreboard with a 6-4, 6-0 victory from Lubbers over Hamel at No. 1.

Megan Barthels (Grand Rapids, Mich./Catholic Central) posted a 6-2, 6-1 win at No. 5 over Andriana Johnson. Milanes followed with her straight set victory to give Valpo the all-important fourth point.

Valpo improves to 2-9 on the season with the win while Western Illinois fell to 1-17.

The Crusaders will be back at it next Saturday in Dayton when they take on Wright State in a Horizon League showdown. First serve is scheduled for 2 pm ET/1 pm CT.