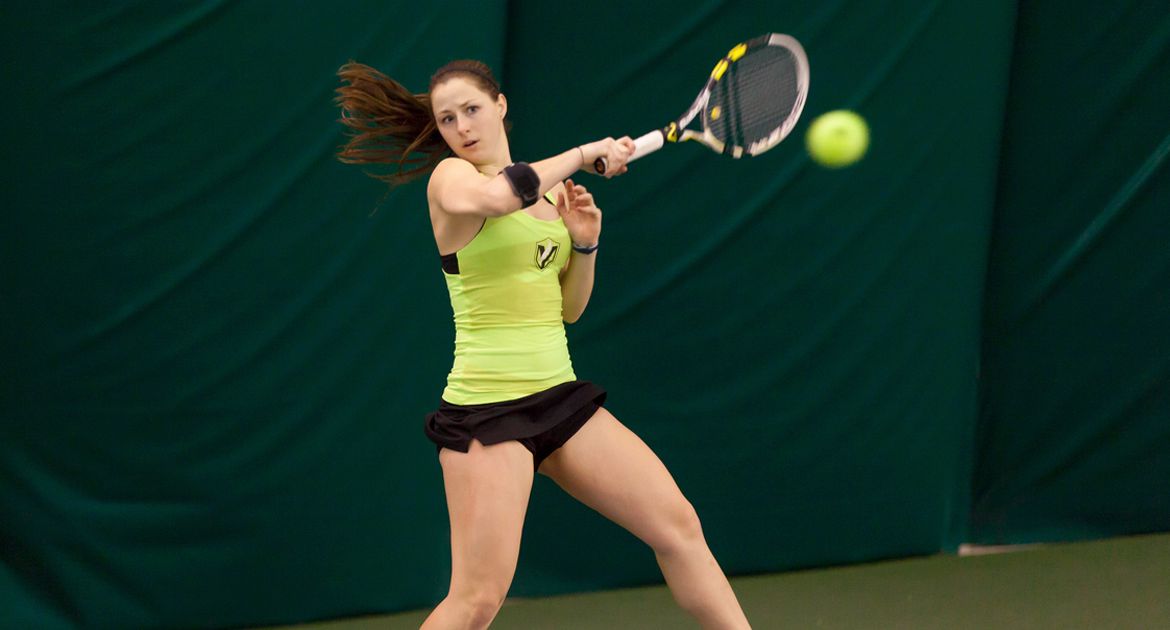 Senior Kaitlyn Hamel (Lakewood, Colo./Green Mountain) was victorious at both No. 1 singles and No. 1 doubles Sunday at the Valpo Tennis Complex, but Oakland outlasted the Crusaders, 6-1.

Hamel and freshman Kathleen Hebble (Sellersburg, Ind./Silver Creek) doubled up Cam Sabourin/Camille Hemond-Hill, 6-3, as they were the first to complete their doubles match. Valpo was unable to close, however.

Hamel's 6-2, 6-2 triumph against Sabourin at No. 1 kept the Brown and Gold alive for the time being.

Valpo (3-14) still has one home match remaining in its final three contests. The Crusaders will welcome Chicago State (2-18) to the Valpo Tennis Complex on Tuesday. First serve is slated for 2:30 pm.