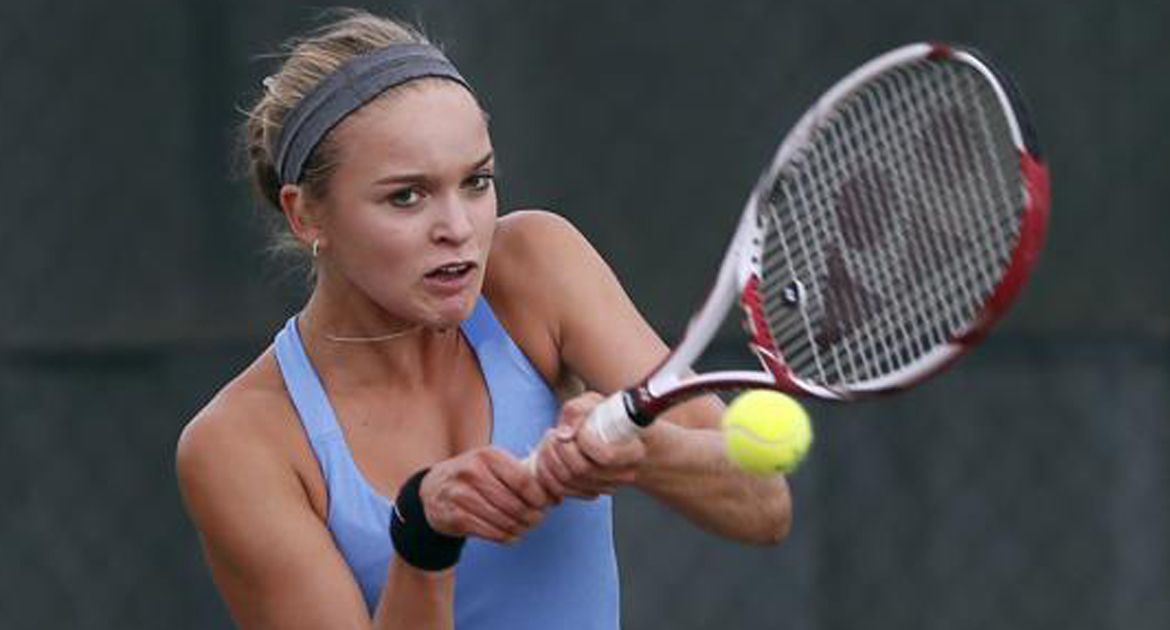 Tammy Cecchini's first signee as head women's tennis coach is Jordan Kopfer of Eagan, Minnesota. Tennisrecruiting.net ranks Kopfer as a two-star recruit. She inked her National Letter of Intent (NLI) this past week.

Kopfer is rated 7th in the state of Minnesota and 17th in the Plains region. The 5'10'' right-handed hitter is 21-11 versus other two-star recruits and has played at No. 1 singles each of her first three years at Eastview High School in Apple Valley.

In the classroom, Kopfer possesses a 4.0 grade point average and plans to study pre-med. She will join the Crusaders in 2016-17.

"Jordan projects as a tremendous fit both athletically and academically at Valparaiso University. I'm excited to welcome Jordan and her family to the program," Cecchini said.