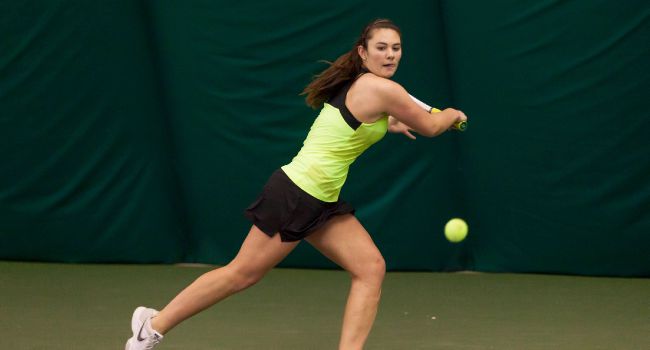 Junior Paige Heuer was a winner at No. 2 singles versus IUPUI's Brigitte Swartwood Sunday, 6-4, 3-6, 10-7.
Related Links

Freshman Meg Modesto (Chesterton, Ind./Chesterton) scooped up her third singles win of the season, but sister, Bobbi, and the IUPUI Jaguars claimed the family feud with a 5-2 win over the visiting Crusaders Sunday afternoon at the West Indy Racquet Club in Indianapolis.

The host Jags emerged with the doubles point after a tight, decisive battle at No. 3.

Marina Schneiger clinched the match for IUPUI after getting past Morgan Paras (Indianapolis, Ind./Bishop Chatard), 6-0, 6-1.

Valpo (0-4) will return to Porter County this week to prepare for tilts against Akron and Morgan State next weekend. The Crusaders will take on the Zips on Saturday at 10 am ET/9 am CT before challenging the Bears Sunday at 9 am ET/8 am CT.