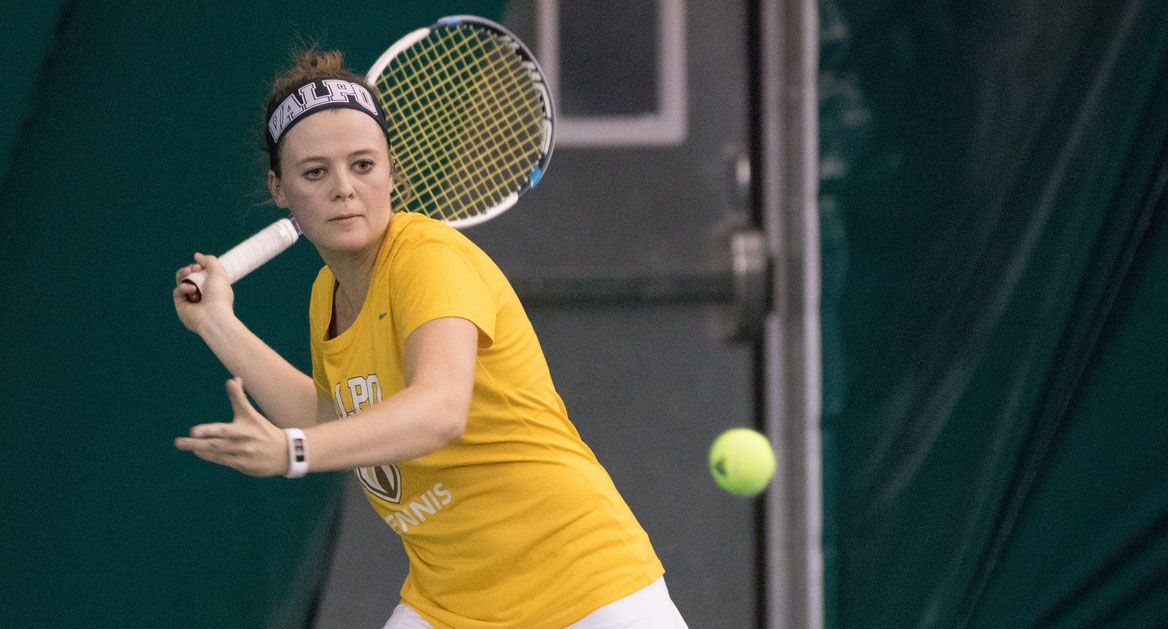 Kathleen Hebble won two doubles and one singles match for the Crusaders this weekend.

The Valparaiso University women’s tennis team finished play Saturday at the Flames Invitational in Chicago, Ill. The Crusaders began play yesterday, Friday, Sept. 23, and won three opening round matches before winning a pair of additional matches on Saturday to finish the weekend off.

Valpo travels to Western Michigan on Friday, Oct. 7 for the start of the Bronco Invitational. Play is slated to take place from Friday through Sunday.