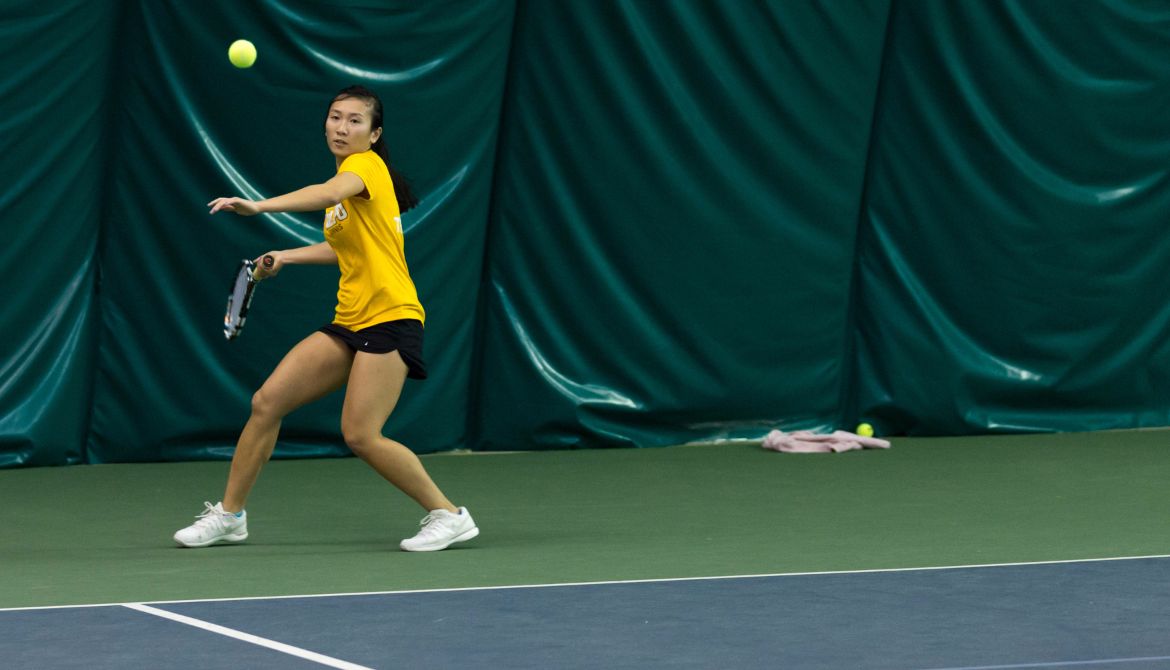 Dao Sysouvanh picked up Valpo's only set win on Sunday.

The Valparaiso University women’s tennis team suffered a 7-0 setback on Saturday at the hands of the Wright State Raiders in Miamisburg, Ohio. The most competitive match of the day came at No. 3 singles, as Dao Sysouvanh (Sun Prairie, Wis. / Sun Prairie) took Wright State’s Haily Morgan to three sets.

The Crusaders have Friday circled on their calendar, as they take on the Green Bay Phoenix at 2 p.m. at the Valpo Tennis Complex. Valpo beat the Phoenix 5-2 last year. Both teams enter the match seeking their first Horizon League victory of the season.