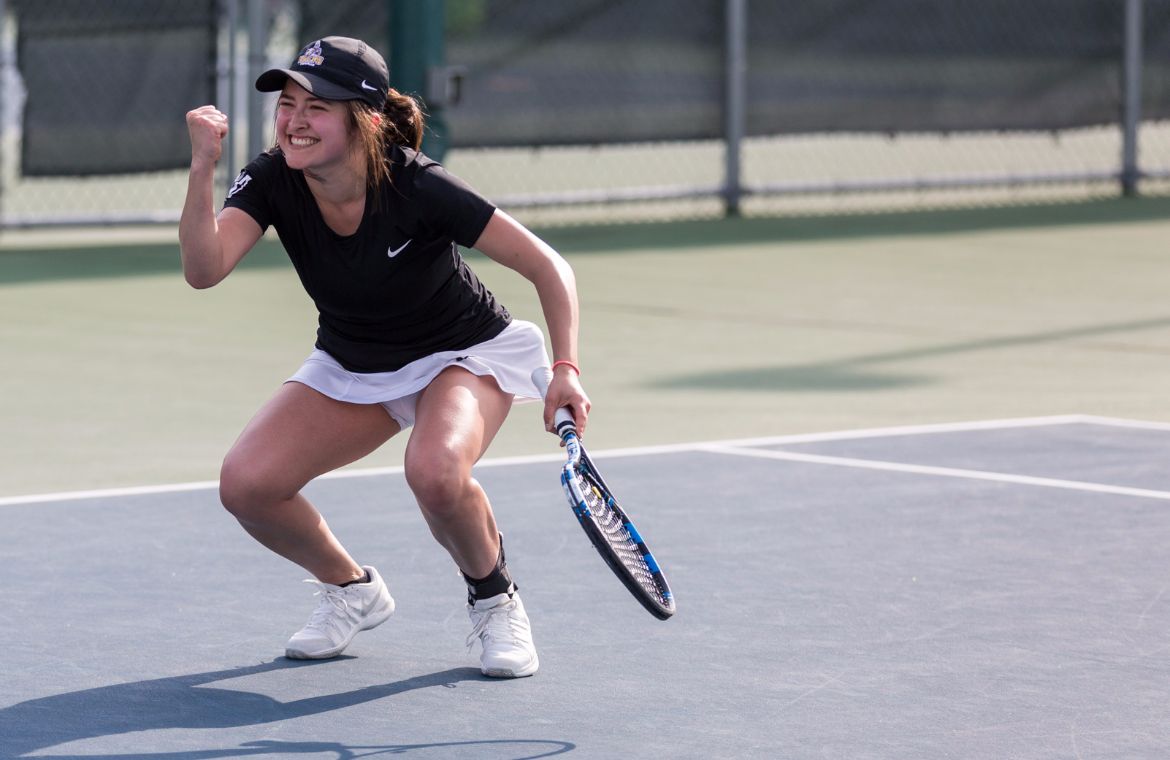 Meg Modesto won at No. 3 singles to lift Valpo over Green Bay 4-3 on Friday.

The Valparaiso University women’s tennis team flashed a flair for the dramatic on Friday afternoon at the Valpo Tennis Complex, starting the holiday weekend with a heart-pounding 4-3 victory over Green Bay. The match came down to No. 3 singles, where Meg Modesto (Chesterton, Ind. / Chesterton) picked up Valpo’s most memorable victory of the season to clinch the team win.

The Crusaders don’t have much time to bask in the glory of Friday’s win, as they take the court again on Saturday against Milwaukee at 12:30 p.m. CT. The Panthers are coming off a 4-3 loss to UIC on Friday and stand at 8-12 overall, 2-4 in Horizon League play.