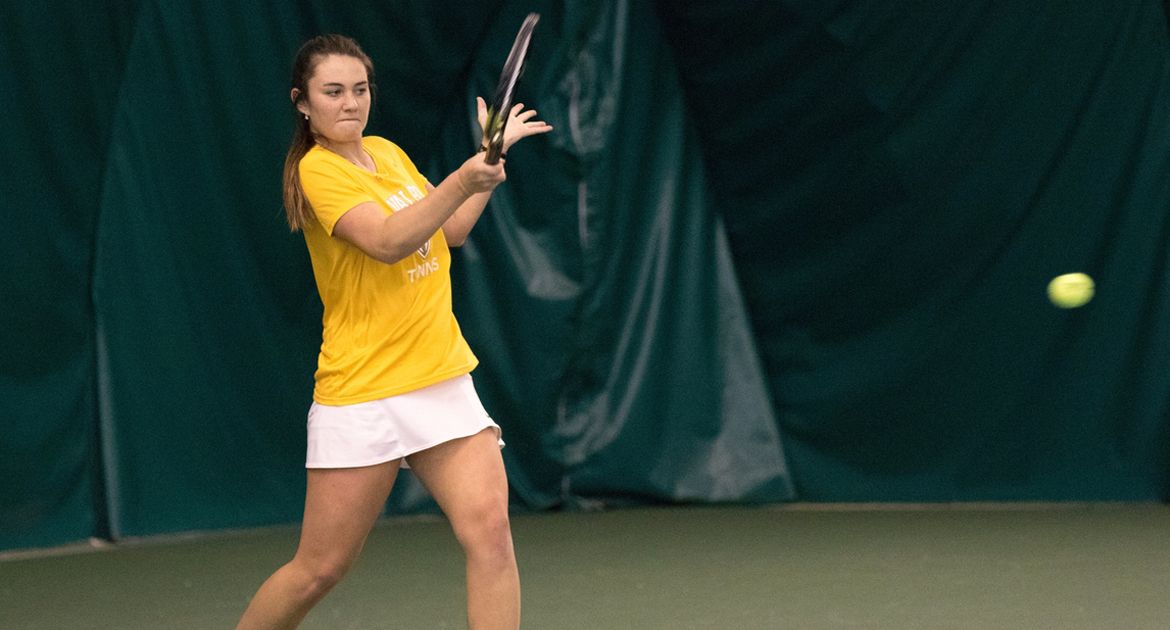 The Valparaiso University women’s tennis team’s season came to a close on Sunday with a 5-2 loss to Detroit Mercy at the Valpo Tennis Complex. It may not be reflected in the form of victories, but the Crusaders (2-18, 1-8 Horizon) showed significant signs of improvement down the stretch, winning at least two matches in each of their last five. Seniors Paige Heuer (Munster, Ind. / Munster), Kathleen Hebble (Sellersburg, Ind. / Silver Creek) and Morgan Paras (Indianapolis, Ind. / Bishop Chatard) all participated in the final matches of their collegiate careers on Sunday.