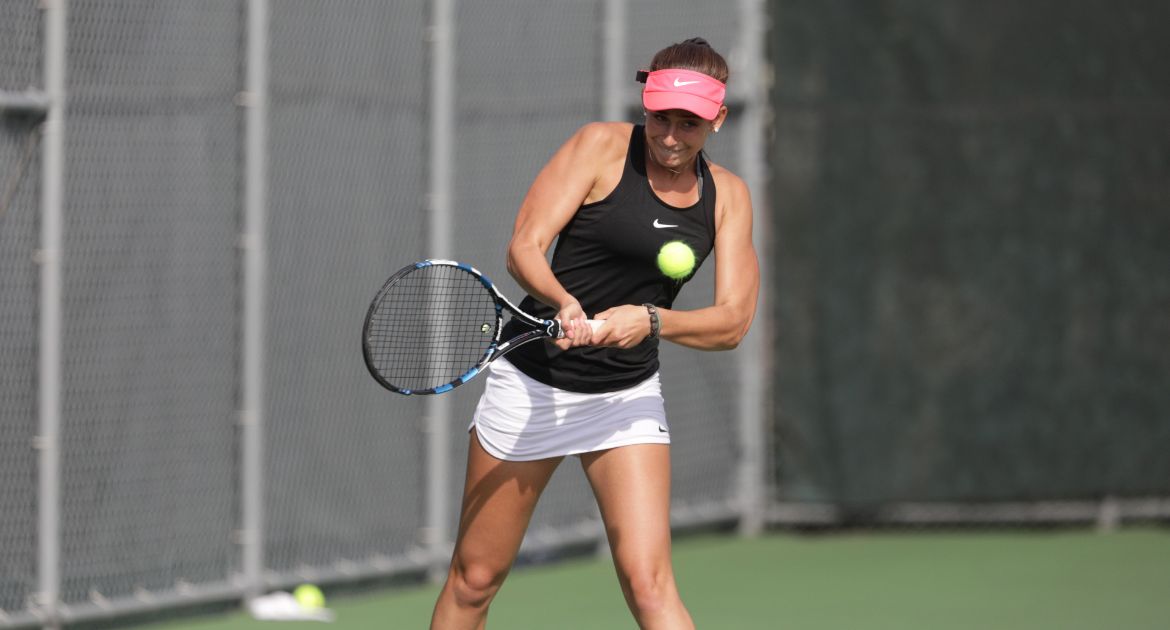 The Valparaiso University women’s tennis team began the season in pleasant fashion on a picturesque afternoon at the Valpo Tennis Complex as the Crusaders notched a 7-0 victory over Grace College on Thursday. The Crusaders continued to show signs of the program’s forward momentum after enjoying their most successful season in recent memory a year ago. Freshman Isabella Schoolcraft (Bargersville, Ind. / Center Grove) made a victorious debut in doubles, while Valpo’s strong contingent of returning players all racked up wins in the opening match of the fall season.

The Crusaders will return to action on Saturday, Sept. 8 as they compete in the Cougar Invitational hosted by Chicago State.