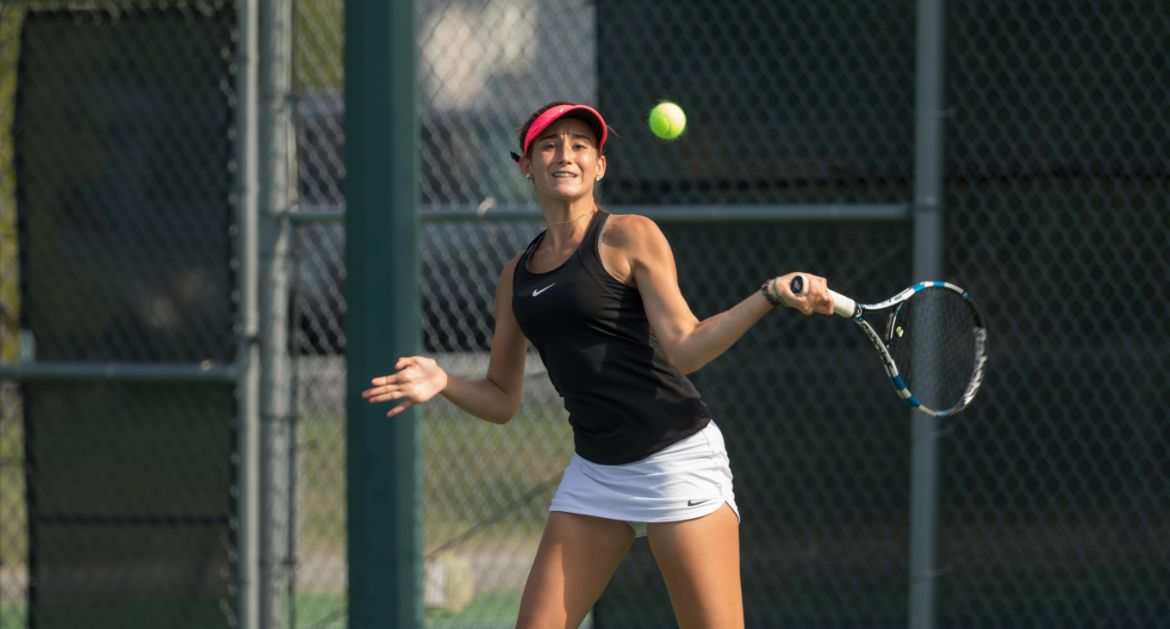 Jelena Vujanic went 1-1 against a pair of Big Ten foes in main draw singles on Saturday.

After going 3-0 in the qualifying draw of the ITA Midwest Regional hosted by Michigan, Vujanic earned a straight-set win in the first round of main draw singles. She topped Michigan State’s Emily Metcalf 6-3, 6-3.

Vujanic saw her impressive regional run come to an end with a 6-3, 6-3 defeat to Wisconsin’s Alexis Keberle in the second round. Keberle, a Top 16 seed in the event, achieved 2017-18 All-Big Ten First Team honors after playing her entire freshman season at No. 1 singles for the Badgers.

Vujanic’s defeat to Keberle was just her second of the fall season, while the victory over Metcalf was her 12th of the fall. She has 31 career singles victories as only a sophomore.