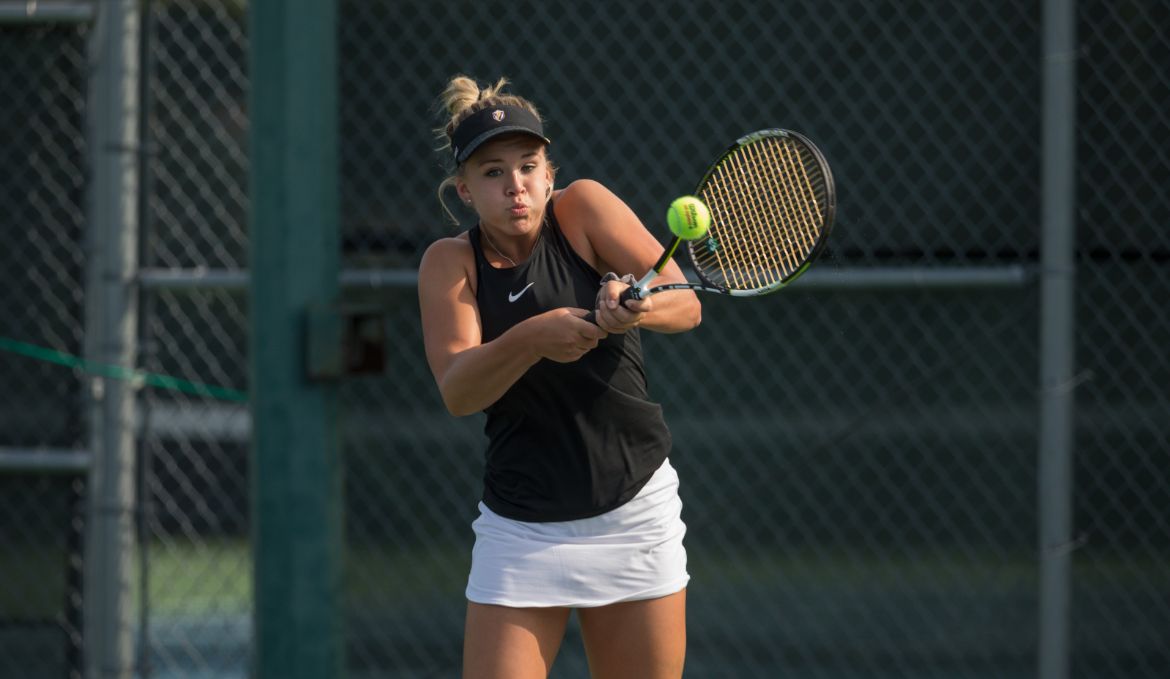 Claire Czerwonka won at No. 1 singles and at No. 1 doubles on Saturday.

The Valparaiso University women’s tennis team picked up victories at the top of the lineup on Saturday afternoon against Butler, but a short-handed, injury-ravaged team fell 6-1 to the Bulldogs at the Northwest Athletic Complex in Michigan City. Playing with only four players, Valpo put together a solid showing despite having to forfeit three matches and insert players into new roles.

Valpo will play the second of back-to-back matches on Sunday at 10 a.m. at the Northwest Athletic Club in Michigan City as IUPUI comes to town. Note that the match against the Jaguars is on a different day than originally scheduled.