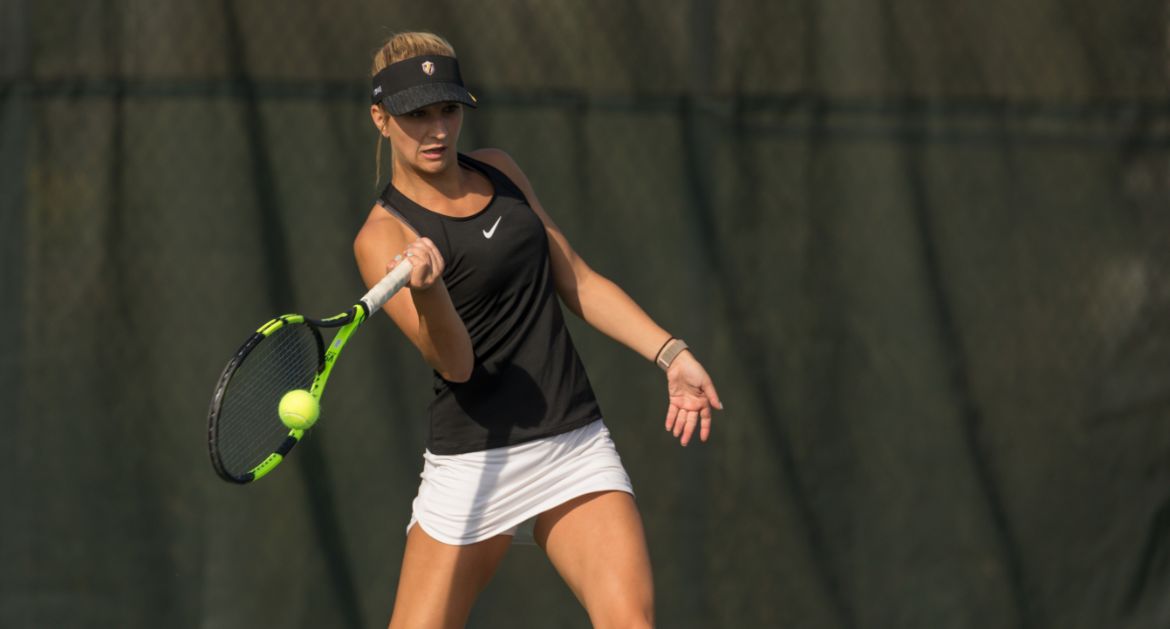 Randi Wind teamed with Jordan Kopfer for a win at No. 2 doubles on Sunday.

Once again playing with only four healthy players, the Valparaiso University women’s tennis team fell 7-0 to IUPUI on Sunday at the Northwest Athletic Club in Michigan City. The highlight of the day for Valpo was the performance of the No. 2 doubles team, which garnered a victory.

“Our players fought hard today. They put together a strong effort with multiple individuals playing out of position due to our injuries. I can’t ask for anything more than a full effort. It will be nice to get healthy and start to get our regular lineup back on the floor.”

Valpo (1-3) will resume a stretch of four consecutive home matches on Saturday, Feb. 9 as UIC comes to Northwest Indiana. Valpo will battle the Flames at Match Point Tennis Club in Griffith in a match that gets underway at 10 a.m.