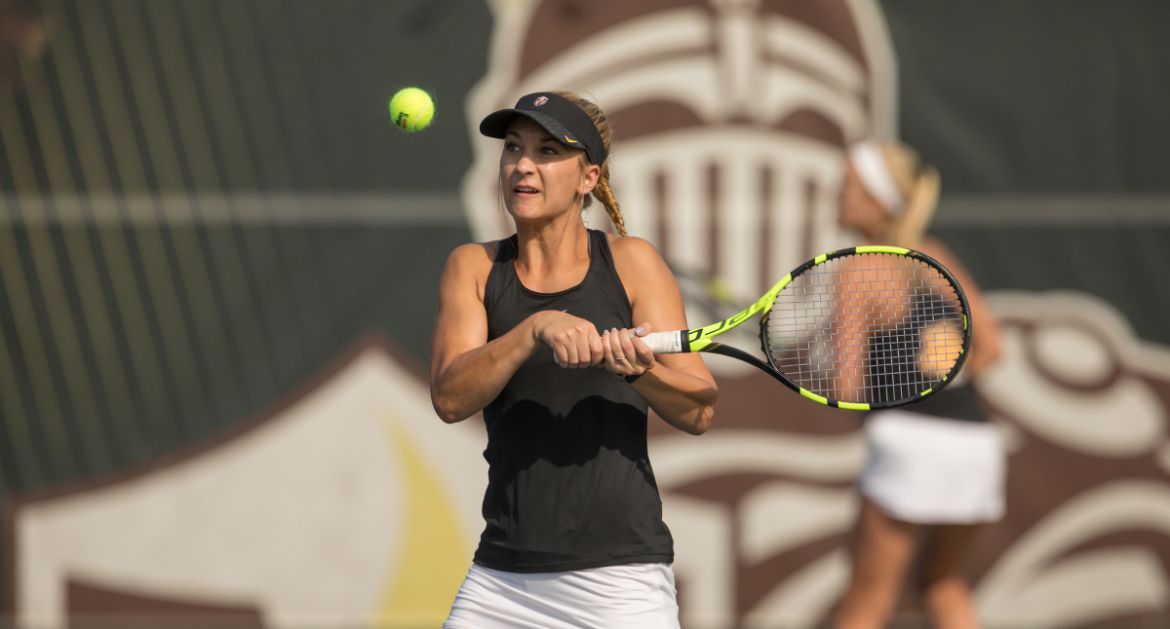 Randi Wind picked up wins in both singles and doubles on Friday.

The Valparaiso University women’s tennis team pulled out a 5-4 victory over Bethel late Friday night in St. Paul, Minn. A lengthy match paid off for Valpo as the team entered the win column for the first time this spring. All five singles matches required three sets to complete.

The team will be back in action on Saturday for a second straight match in the state of Minnesota. Valpo visits Carleton in Northfield, Minn. at 10 a.m. CT to round out a weekend of tennis in the Gopher State.