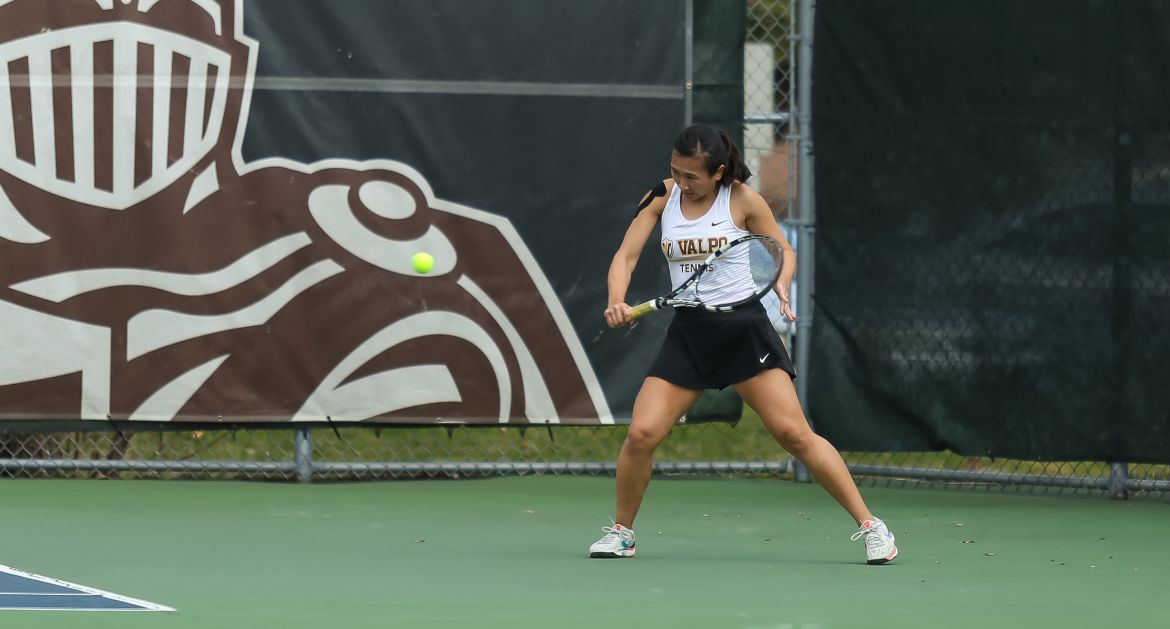 Dao Sysouvanh captured wins at both No. 3 singles and No. 1 doubles on Sunday.

Valpo will come home for the final nonconference match of the year and the penultimate regular season date. Chicago State will provide the opposition on Wednesday at 3 p.m. for a match that will take place either outdoors at the Valpo Tennis Complex or indoors at Match Point Tennis Club in Griffith.